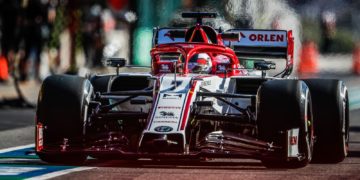 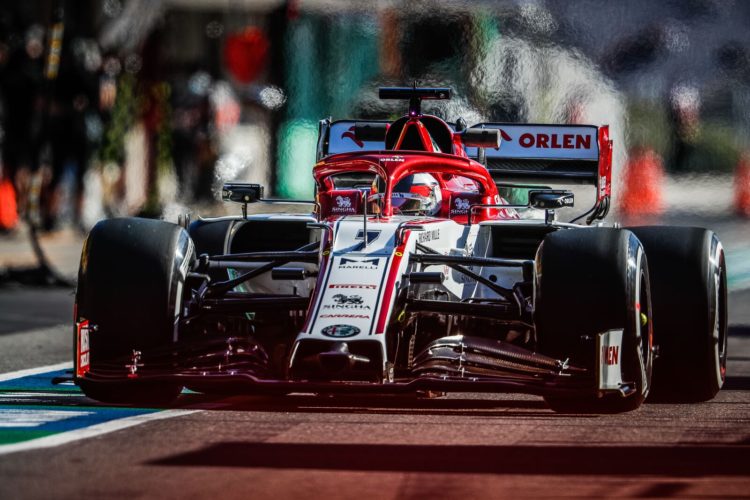 Portuguese Grand Prix – Alfa Romeo’s Kimi Raikkonen says he wondered what the other drivers were doing, as he passed ten cars on the opening lap.

Alfa Romeo’s Kimi Raikkonen is going home empty handed after the race in Portimao, but looked a strong contender for points early in the race after a brilliant start.

The Finn had lined up in P16 and opted for Softs for his first stint. With grip hard to come by at the start of the race, the Soft tyres offered him great initial grip and he made the most of that to slice his way up to P6.

However, as the Medium-shod drivers started to find their feet and become the better race tyre, he began plummeting down the order and was the first of the Soft runners to pit when he came in on Lap 11.

Swapping to the Mediums to get to the end of the race, he just missed out on points by finishing in P11 behind former Ferrari teammate Sebastian Vettel.

“I don’t think the start itself was very good – I lost a place – but then after that honestly I thought at one point ‘what are the others doing?’” Raikkonen told Formula1.com afterwards.

“I had a good first and then second lap, the speed was decent in the car most of the race, then we had a little bit of difficulties in the pit stop and in the end I lost 10th place to Vettel with old tyres.

“We got nothing out of it, so that’s a shame. We need more speed then everything will become a little bit easier.”

Alfa have struggled for outright pace all season, with Kimi’s sole points coming from a P9 finish in Mugello a few weeks ago. However, another visit to Italy beckons when F1 returns to Imola next week, and Raikkonen says he’s optimistic of better performance there.

“We’ll see how it is, it has to be better than here,” he surmised. “In the race it was not too bad, but when you start where we start [down the grid] you need to take some chances more. It’s not ideal. But unfortunately we are lacking a little bit of speed.”