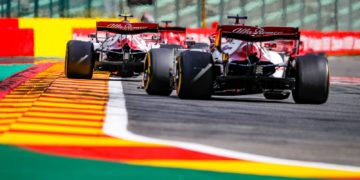 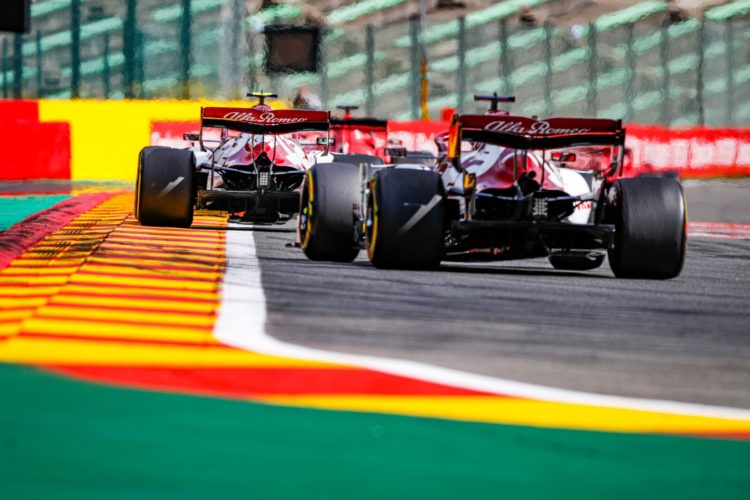 Ralf Schumacher has tipped Nico Hulkenberg as the man to lead Alfa Romeo from 2021 onwards.

Hulkenberg is currently without a seat in Formula 1, but has remained prominently in the shop window thanks to a strong display upon standing in for the ill Sergio Perez over the two Silverstone weekends. Hulkenberg has already said he is negotiating with teams for next season, and the most likely seats are at Haas and Alfa Romeo.

Alfa currently have Kimi Raikkonen and Antonio Giovinazzi – both of whom are without contract for next season. Raikkonen’s seat is likely dependent on whether the Finn wants to continue beyond his current deal, or opt for retirement, while Giovinazzi’s seat is far from secure in light of his erratic performances.

Speaking about Raikkonen, team boss Frederic Vasseur said: “I think the most important thing is the motivation, the motivation on the driver’s side first, because I think it’s difficult for Kimi to struggle with the pace when we are at the back. We have to continue to improve and to do small step by small step and to be back into the fight. This is the most important thing but not just for Kimi, but everybody in the team. The main motivation in a racing team is coming from the results and nothing else, from the drivers to the mechanics, to the engineers, to myself and we need to get results.”

“Kimi is far from being the biggest issue! He’s doing a good job. We have to continue to push and to get the last tenth on every single topic and I think that Kimi is pleased when we have this kind of motivation.”

Ralf Schumacher, who remains close to the F1 paddock as a colour commentator for Sky Germany as well as overseeing the career of his son David in Formula 3, says Nico Hulkenberg could lead an all-new line-up.

“Everyone knows of the close collaboration between Ferrari and Alfa Romeo, it would make sense to put a new face in the team.”

“I also think they are looking for two new pilots, an experienced man and a promising pilot. Perhaps negotiations are already underway with Hulkenberg. For Alfa Romeo, things are not going so well at the moment, to say the least, so there would not be much to lose in letting a young driver participate in Friday’s test.”

These young drivers fighting for a promotion to a Formula 1 seat with Alfa include current Formula 2 drivers and Ferrari academy hopefuls Robert Schwartzman, who leads the F2 championship, as well as Mick Schumacher. He is Ralf’s nephew and son of Michael, and is currently P4 in that championship and 26 points behind Schwartzman with a solid if unspectacular season so far.

Marcus Armstrong is also another contender, but is having a very off-colour season in Formula 2 having failed to score any points in the last ten races.