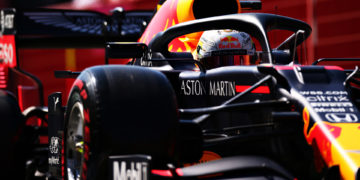 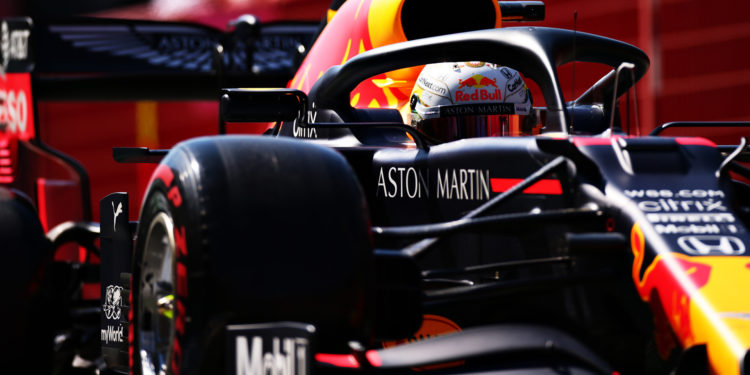 Tuscan Grand Prix – The Aston Martin Red Bull Racing team are happy with their progress as they lock out the second row for tomorrow’s race.

Max Verstappen has been Mercedes’ closest challenger so far this weekend, trailing Valtteri Bottas in all sessions. However while Verstappen ended the morning’s FP3 session only 0.017 behind the Finn, he didn’t believe it would carry over into qualifying.

“I personally never expected to really fight them in qualifying,” said Verstappen. “But I think overall so far this weekend has been really promising. I think we bounced back well from Monza, where it was tricky, so at the end to be third here in qualifying we can be very happy with that.”

“We are the closest we have been to Mercedes in qualifying so we can be happy about that and also the gap to the competition behind us is bigger.”

The Dutchman says the wind during the end of Q3 did change the track and make it more difficult, “I think [the wind] picked up a little bit in Q3 because my first run was not amazing but then the second run I think, lap time wise, was a little bit better but I think the track was not the same because of the wind so overall it’s what it is. It’s really tricky anyway these cars with the wind but the track is amazing to drive, in qualifying it was really something special.”

Looking forward to tomorrow’s race, Verstappen is hoping Red Bull will be able to fight the Mercedes cars but knows they are always difficult competitors. “I have good hopes for the race and it is always difficult to predict whether we can fight for the win but I feel a bit more confident than some other weekends.

“We have quite decent top speed which I think is good around here and although it won’t be easy to pass at least the last few corners are quite wide and long so you can take a few different lines if you have the pace to follow.. A Mercedes is never easy to overtake but we will give it all we have and I love this track so I’m really looking forward to the race.”

Teammate Alex Albon was very pleased with his P4 and the confidence he has been gaining in the car over the past few races. “Qualifying fourth is my career best,” said Albon. “So I’m happy as we are making constant progress. Spa was good, Monza was better and here so far has been another step forward.

“Obviously, there’s still some time to find but we’re consistently getting better and I think without the yellow flags in the last Q3 run we would have gone even quicker.”

Albon is hoping for a clean, boring race to bring the points home and, echoed his fellow drivers in praising the Mugello circuit, saying he hoped the FIA would visit more exciting tracks like it in the future.

“It was a good, strong qualifying and driving these cars around this circuit on low fuel is just incredible. It’s crazy and it takes your breath away so I hope we continue with tracks like this in the future. Tomorrow, we’ll need to get a good, clean launch as it’s a long run to Turn One and then hopefully we can have a simple, boring race without any dramas.”