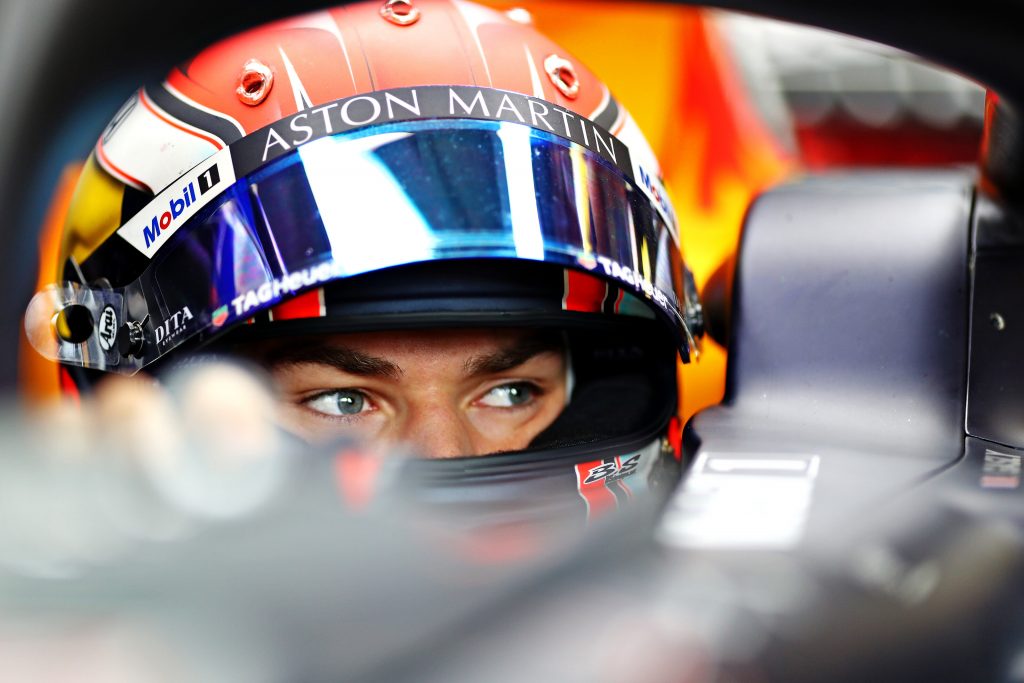 Share on FacebookShare on Twitter
Red Bull Racing have announced that they have demoted Pierre Gasly to their Toro Rosso team, with Alex Albon stepping up to the senior team.

Red Bull Racing have announced that they have changed their driver line-up for the second half of the season.

Pierre Gasly, who has been struggling for form and pace throughout 2019 so far, has been demoted back to Toro Rosso, where he raced in his debut season in 2018. Taking his place at the senior Red Bull Racing team will be Alex Albon. The British-Thai racer made his debut with Toro Rosso earlier this year, and has impressed with a mature and fast start to his career.

Explaining the change, the team say they are ‘in the unique position of having four talented Formula One drivers under contract who can be rotated between Aston Martin Red Bull Racing and Toro Rosso. The Team will use the next nine races to evaluate Alex’s performance in order to make an informed decision as to who will drive alongside Max Verstappen in 2020.’

It’s not the first time the Austrian drinks giants’ racing team have made a dramatic in-season switch between their teams. In 2016, Daniil Kvyat was dropped by Red Bull Racing in favour of Max Verstappen, with Kvyat returning to Toro Rosso. The Russian driver struggled for confidence afterwards, leading to his departure from the Red Bull programme entirely at the end of 2017.

While Kvyat has managed to recover his career and was re-signed by Red Bull to race for Toro Rosso this year, Pierre Gasly now faces a pressurised second half of 2019 at Toro Rosso as he has to fight to be kept on for 2020.

Throughout 2019 so far, Gasly’s best result has been a P4 finish at last month’s British Grand Prix. He is currently P6 in the Driver’s Championship, on almost a third of the points accrued by Max Verstappen in the other RB15. He has finished ahead of Verstappen on just one occasion, and that was at Silverstone when the Dutch driver was hit by Ferrari’s Sebastian Vettel. By contrast, Verstappen has finished on the podium five times with two race wins, and is emerging as a championship contender by being just 7 points behind the Mercedes of Valtteri Bottas.

Alex Albon is 11 points behind Daniil Kvyat in the Championship, with the Russian taking a headline result of P3 at the German Grand Prix two weeks ago. The Toro Rosso pairing have proven a great, and equally matched, pairing but Kvyat is already a known quantity to Red Bull. Over the second half of 2019, Albon can now be evaluated in a front-running car alongside Verstappen. If he struggles in the same way Gasly did, Red Bull then have the fallback of putting a much-improved Kvyat back in the RBR next season.

There’s yet to be any official statements given by any team personnel from either RBR or Toro Rosso, but a brief press release said: “Everyone at Aston Martin Red Bull Racing looks forward to welcoming Alex and supporting him during the next phase of his F1 career.”