Facebook Twitter LinkedIn Pinterest Reddit WhatsApp Viber
Spanish Grand Prix – Red Bull’s famous Energy Station will no longer be used by their F1 teams, as they have replaced it with a new wooden paddock hospitality unit.

The beginning of the European season in Formula 1 sees the return of the team’s own hospitality and branded units, with days of construction required ahead of each Grand Prix. Red Bull’s massive Energy Station has been an iconic part of the F1 paddock aesthetic for well over a decade, having been used since the beginning of the team’s start in the sport in 2005. 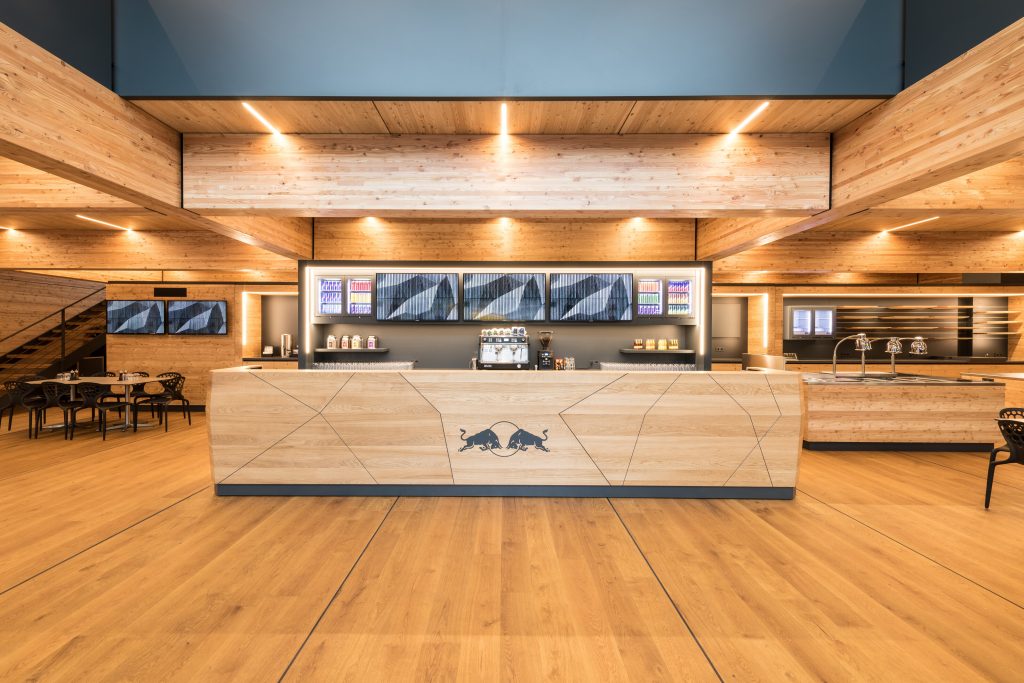 This was a MotoGP motorhome design which was used at last year’s Austrian Grand Prix, fitting in with the natural beauty of the Styrian mountains. Off the back of that appearance, Red Bull opted to build an entirely new Holzhaus for F1 and have produced one suitable for use by both of their teams.

Made of Austrian timber, it measures 1221 square metres and, according to press material, is 27 percent bigger in terms of floor space than the Energy Station. Taking the environment into consideration, it doesn’t require air conditioning as it uses a natural convection design to regulate temperature. It can be put together in two days, and taken apart in one by the usual crew of 25.

“At the 2005 San Marino Grand Prix, Red Bull changed the game with the introduction of its Energy Station.” said Christian Horner. 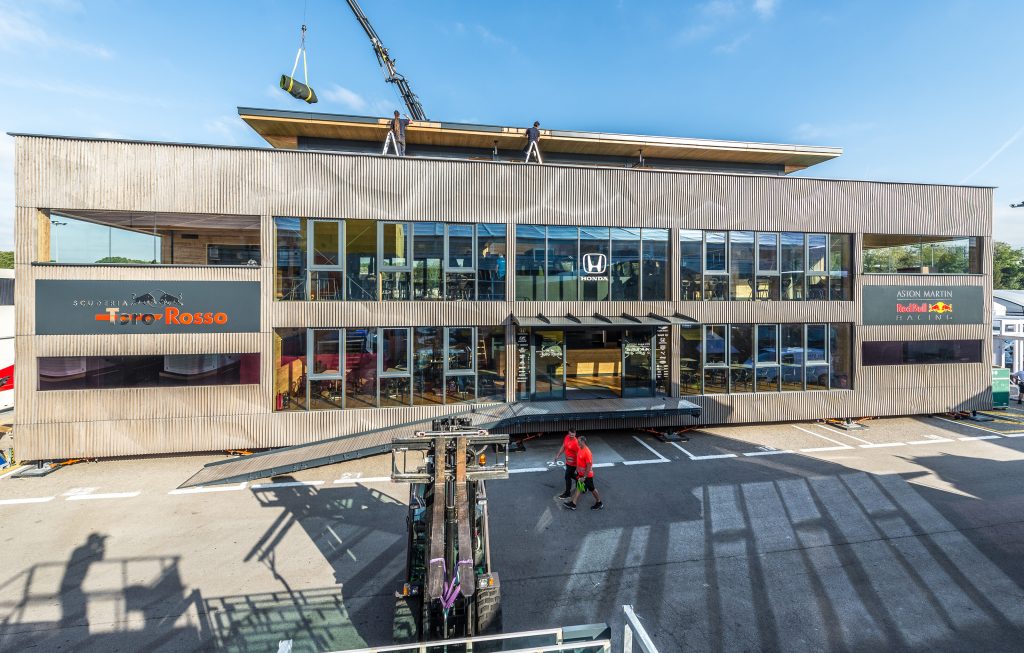 “Over the last 14 seasons, the Energy Station has undergone several transformations, moving with the times, first to accommodate two F1 teams after the arrival of Toro Rosso, and then with a series of upgrades to better meet our changing requirements.”

“This week, we’re changing the game again with the unveiling of the new Energy Station, better known in Austria as the Holzhaus. It’s a sustainable structure that brings a touch of the Styrian Alps to the F1 paddock, having been designed to meet the current and future needs of ourselves and Toro Rosso. If it sees half as much drama as the old Energy Station, it will be doing well!”