Red Bull Racing have released a single image of their new 2020 car, the RB16, ahead of the car’s first run at Silverstone on Wednesday morning.

Red Bull are scheduled to hold a filming day at Silverstone Circuit in the UK on Wednesday but, ahead of that, the team have decided to release a single image of the car in the studio.

Unsurprisingly, there are few surprises with the cars livery as the RB16 retains the matte effect colour scheme used in recent years. The Aston Martin logo continues to adorn the car for this season, after confirmation two weeks ago that the technical partnership between Red Bull and Aston Martin will come to an end later this year.

The RB16 has been taken to Silverstone for the team’s shakedown, the same thing they’ve done as their launch event for the last couple of years, with Max Verstappen doing the honours for the car’s debut. The Dutch driver will complete a maximum of 100 kilometres worth of driving at the wheel of the new car, with the team using one of their two permitted filming days.

Alex Albon will also be in attendance, but will have to wait until Barcelona testing begins next week in order to get his first turn in the RB16.

Pictures of the 2020 car on track at Silverstone will be released following the shakedown run.

Red Bull Racing’s launch certainly lacks some of the pomp and ceremony witnessed on Tuesday evening for Ferrari’s launch of the SF1000, but the British team’s approach is far more common in modern Formula 1. Renault’s launch, also to be held on Wednesday, will be held without the actual car present, while Mercedes will launch their W11 on Friday morning in the same way as Red Bull as they hold a shakedown at Silverstone.

Click here for the full schedule of car launches in the coming days. 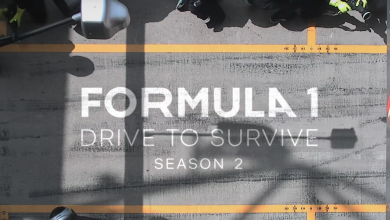