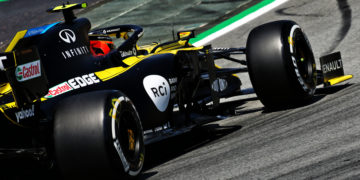 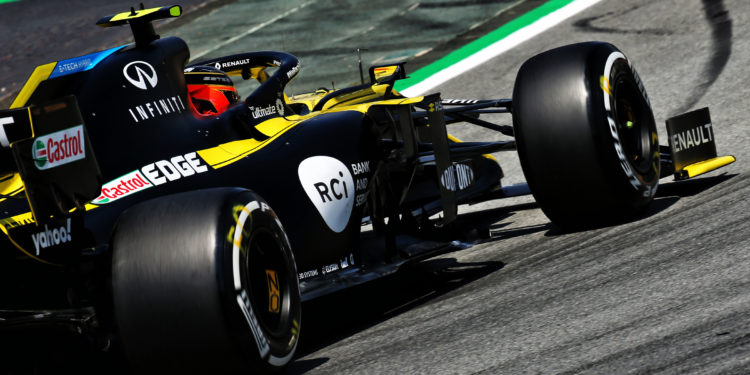 Spanish Grand Prix – Renault say conditions are proving tricky at Catalunya, due to the hot temperatures making it completely different to pre-season testing.

Formula 1 is racing at the Circuit de Barcelona-Catalunya this weekend, considerably later than its usual May slot. This means that temperatures are far hotter than usual for the venue, with track temps hitting 50 degrees during FP2.

Despite the huge amount of mileage accumulated at the circuit pre-season during testing, Renault say the conditions are proving far trickier as a result.

Esteban Ocon managed P12 during FP1 before improving to P9 in the afternoon, saying: “It’s not been an easy day, but nevertheless, we’ll work hard tonight and find some solutions. Conditions are very warm here and that doesn’t make things easy.”

“On our side, we have a bit of work to do at the moment, especially on car behaviour and finding some consistency. It was a little challenging to drive – especially with rear stability – and we’re not on top of the issue from Silverstone yet.” continued Ocon. “The good thing is that the car has great pace and we just need to unlock it. Physically, a tough day too in the heat but I’m feeling fine and ready for tomorrow.”

Daniel Ricciardo was one of the stars of the afternoon session after a quiet morning spent evaluating the Hard tyre for Renault. He rose to P4 in the heat, with a 1:17.868 less than 0.2 away from Red Bull’s Max Verstappen in P3.

“It’s been a pretty good day for us, especially the afternoon’s running.” said Daniel afterwards. “On the timesheets, at least, it’s another decent Friday: third last week, fourth today, so we’ll try and keep that going.”

“Our long run was looking quite competitive as well. I wasn’t too happy with the car in the morning, but we made a good step in the afternoon, similar to Silverstone last week. The tricky thing here is the heat. We haven’t driven here in the heat for so long and it’s completely different to what we felt at winter testing. We’re trying to understand that, but we got a better grasp on it this afternoon with the tyres in a better place. We have more work to do before tomorrow, but we’ll aim to put in a good one.” concluded Ricciardo.