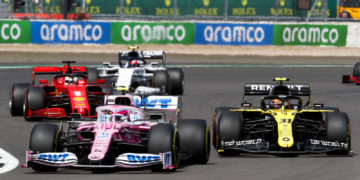 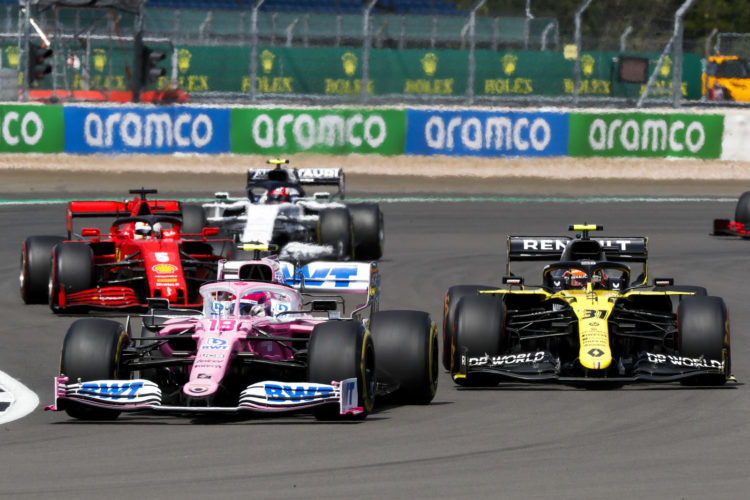 British Grand Prix – Renault have lodged another protest against Racing Point at Silverstone, for the third consecutive Grand Prix.


Renault have lodged a formal protest against Racing Point again, the third consecutive race at which they’ve done so.

This protest is in relation to the ongoing questioning of the Racing Point RP20, which is seen as a suspiciously close copy of the Mercedes W10 from last season.

The protest was only lodged against Lance Stroll on this occasion, with the other Racing Point of Nico Hulkenberg not taking part in the race after a pre-race technical issue.

Racing Point’s brake ducts are under investigation by the FIA after being seized, as well as the same part from the Mercedes W10. Renault will continue to lodge these protests until a formal decision is reached by the FIA following their extensive technical analysis.

Earlier in the week, Racing Point team principal Otmar Szafnauer was confident about winning the case against Renault. “The FIA Technical Delegate asked a list of questions, which we answered, and we’ve also put in our answer to the protests so both documents have been filed with the FIA.”

“We have absolute full disclosure, I’m a hundred per cent confident that we know the rules, that is the job of our technical and sporting teams to know the rules, it’s their job to exploit the rules to the fullest, just like every other team does which I think we’ve done a good job.

“People shouldn’t be surprised that a team like ours with – I shouldn’t say zero money – but the smallest budget by far. We’re well below a hundred million and we are essentially the fourth fastest team for three years in a row so now, with a little bit of discretionary money that we got from the consortium and the new owners, people shouldn’t be surprised that we can turn that discretionary money into performance.

“That’s what we’ve been doing from day one, before I got there. Eddie Jordan’s team punched above its weight and that core of people is still there and the DNA of the team is still there and I think it will continue independent of its owner; we will always punch above our weight and if you give us a little bit of weight, the punches are going to be higher.”