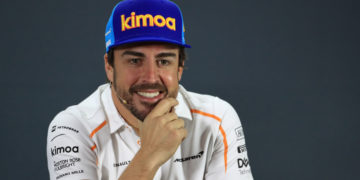 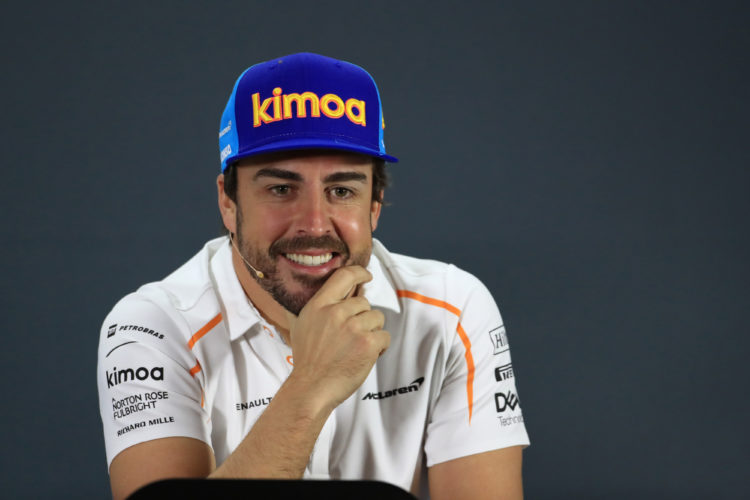 The big rumour swirling this week is that Fernando Alonso may be about to return to Formula 1 with the team he won his World Championships with.

Apparently, according to prominent Spanish media, Fernando Alonso is set to be announced as Daniel Ricciardo’s replacement at Renault this Wednesday. The rumour is that team boss Cyril Abiteboul informed his senior mechanics and staff that their 2021 driver line-up is decided, and it will include the return of a driver they have worked with before.

Obviously, this opens up a few theories. Nico Hulkenberg is an obvious candidate, although unlikely given the team dumped him only a few months ago. Kevin Magnussen is another, given that his Haas contract comes to a close later this year. Kimi Raikkonen is out of contract and drove for the Enstone team as Lotus back in 2012 and 2013 but this doesn’t seem particularly likely either. Nor is the shock return of Jolyon Palmer, although that would be quite a headline move from the French team.

The most obvious and likely candidate is Fernando Alonso. The Spaniard is currently going through his second year away from Formula 1, having walked away at the end of 2018. Disillusioned and tired after years of mediocrity from McLaren and Ferrari, there was no doubt that Fernando’s driving remained as sharp as ever when he decided enough was enough. He’s never closed the door on F1 completely, always saying a return is possible under the right circumstances.

Are these now the right circumstances? Renault were trying to ramp up their F1 presence when they signed Daniel Ricciardo in a brilliantly timed swipe at former customer team Red Bull Racing at the height of their divorce proceedings, but the Australian seems to have been caught out by the scale of Renault’s conservatism. His first season with the team was spent scrapping for points, rather than podiums, amid lots of rumour that Renault wanted out of F1 at the end of the current Concorde Agreement this year.

While it now looks like Renault are set to stay for at least a while longer, they’ve lost momentum. While the team were best of the rest in 2018 when Ricciardo signed up, they now appear mired in the midfield with no signal that they’re moving forwards. So stagnant have their efforts become that customer team McLaren look to have a clear edge over them. Immediately following pre-season testing, having tested the car that Renault will use in 2020 and ’21, Ricciardo decided to join that customer team instead. Hardly a glowing endorsement of the Renault R.S.20, while Cyril Abiteboul took a swipe by hinting that Ricciardo’s confidence in the squad had faded.

Fernando Alonso’s glory days in Formula 1 are a long time ago now, with Renault a very different team to the one he romped to the 2005 and 2006 titles with. Forming a perfect political partnership with the controversial Flavio Briatore when the Italian ran the team, Alonso was the chosen son and used that position to lead the team as their performance reached a sufficient level to beat the mighty but fragile McLaren in 2005 and the resurgent Ferrari in 2006. After a short but acrimonious year with McLaren, Alonso withdrew back to his safe haven but Renault’s powers were already slipping by 2008. One or two controversial wins later, and Alonso left again – this time for Ferrari.

Fast forward to today, and Briatore is well out of the picture. The team is now a much more French affair with Cyril Abiteboul in charge and reporting back to French authority. With performances slipping back, there is now a sense of the team being adrift without the focal point that Daniel Ricciardo was supposed to provide. There’s very few drivers that could help to inspire the team to start making the strides forward that McLaren’s performances suggest Renault should be capable of. Fernando Alonso is one of them, but is there sufficient reward for him to bother? Both he and Renault have teased social media in recent weeks, sharing pictures and wallpaper images of themselves in the glory days of their partnership.

But close friend and former rival Mark Webber doesn’t think Alonso will return. Speaking on the F1 Nation podcast, he said: “We know Fernando is extraordinary. He’s had an insane career, but he’s not at his peak anymore, it’ll be harder for him to do what he did in the past. A Fernando at 9 out of 10 is clearly still good for someone to have. But Alonso is a serial winner and [being] mid-pack is what he left Formula 1 for.”

“He was determined to say that ‘if I can’t fight the podiums then I don’t want to be in Formula 1’, that was the last message we had.

“I don’t see an opportunity for podiums for him in terms of a team that can do that for him.”

Alonso turns 40 next season, meaning that a long-term project is something he’s unlikely to be willing to sign up to. A huge rules reset is on the way, but not until 2022 and the ’21 car is the same car Daniel Ricciardo leapt out of straight after testing it. Renault show no signs of being able to break into the stranglehold on the sport held by Mercedes, Ferrari and Red Bull Racing so, without immediate reward, what is the point for Fernando? Webber continued to say: “We know that he is a racer, he is missing it a lot, but… what’s the focus? Is he going to be loyal to a new regime, signing a two-or-three year contract in Formula 1, or is it just for one year? Or you’re four months in and the team is looking for someone else, so what’s the point?”

“I think it it would be very, very challenging for him to stay motivated for two years, in the middle of the field.”

Signing Fernando Alonso for 2021 would be nothing more than an exercise in nostalgia, trying desperately to recapture the magic of an era that has passed for both parties. Renault need to be looking to the future, and making bold moves and signings. Cyril Abiteboul has admitted to feeling the pressure on his job’s security and a big statement with clear progress is needed in the short-term to help underline Renault’s presence in the sport, especially as they are without engine customers from 2021.

The smarter signing would be Guanyu Zhou, a product of the Renault Driver Academy. Now the leading light of the programme in Formula 2 after the sad passing of Anthoine Hubert, Zhou looks ready to make the step up to Formula 1. Particularly with performances like what we saw over the Austrian GP weekend. Having an Ocon/Zhou pairing would revitalise a team that is struggling to be seen as anything but a stepping stone for drivers trying to find haven. Just like Ferrari with Charles Leclerc, Renault need to take a big gamble and promote from within and justify the money and time invested into their driver programme with a young and exciting talent eager to impress.

Plus…think of all that Chinese sponsorship money….