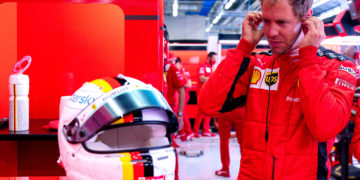 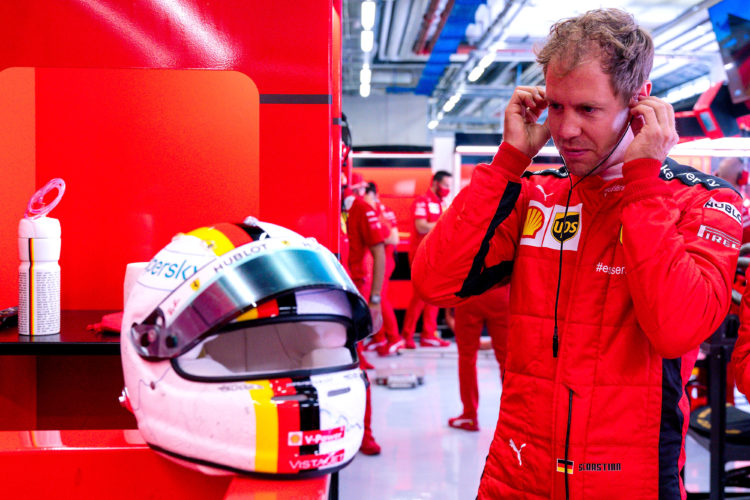 Reports emerging from Germany say that Sebastian Vettel is in advanced negotiations with Racing Point for the 2021 season.

Sebastian Vettel is still currently without a seat in Formula 1 for 2021, but has stepped up his efforts to remain on the grid as he has stated he has no desire to walk away from the sport just yet. Over the Styrian Grand Prix weekend, Vettel was seen in conversation with Mercedes team boss Toto Wolff and Red Bull’s management Christian Horner and Dr. Helmut Marko, as well as Red Bull owner Dietrich Mateschitz.

However, the latest rumours are that Mercedes are on the brink of confirming Valtteri Bottas for another season alongside Lewis Hamilton in 2021, while Red Bull’s Christian Horner has said that Sebastian Vettel ‘definitely’ will not be with their team next season. It’s worth noting that Red Bull Racing don’t typically decide on their drivers until quite late in the season, and there are suggestions that negotiations are going on in the background to ‘bring Seb home’ to the team with which he won his four world titles.

The latest, and strongest, rumour is that Vettel is off to join Racing Point. The team are set to rebrand as the Aston Martin works factory team from 2021, although will continue with Mercedes power. Both Daimler and Toto Wolff have invested separately into Aston Martin Lagonda, along with Stroll’s Racing Point consortium. Majority shareholder Lawrence Stroll is reportedly attempting to snaffle Merc team boss Toto Wolff away from Daimler, with Wolff’s contract expiring at the end of this season. Both he and new Daimler CEO Ola Kallenius have had to deny rumours of a rift between them since the Swedish businessman took over his role from Dieter Zetsche in mid-2019.

Should Vettel join Aston Martin, it’s expected to be in place of Sergio Perez despite the Mexican’s three year deal that should take him to the end of 2022. This is due to Lance Stroll being the son of Lawrence, meaning him being kicked out of his seat is highly unlikely. Reports from German publication Bild say that a buy-out is currently being negotiated between Perez, his sponsors and Racing Point to remove him from his seat and slot Vettel in. Team Principal Otmar Szafnauer confirmed over the weekend that Stroll is on an undisclosed, long-term contract, and said: “It is flattering that everyone thinks that a four-time world champion could come to us but we have long-term contracts with our two drivers, so it would be logical that we don’t have space. “