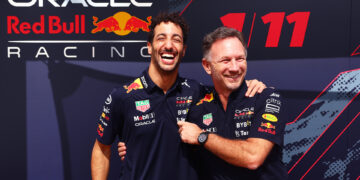 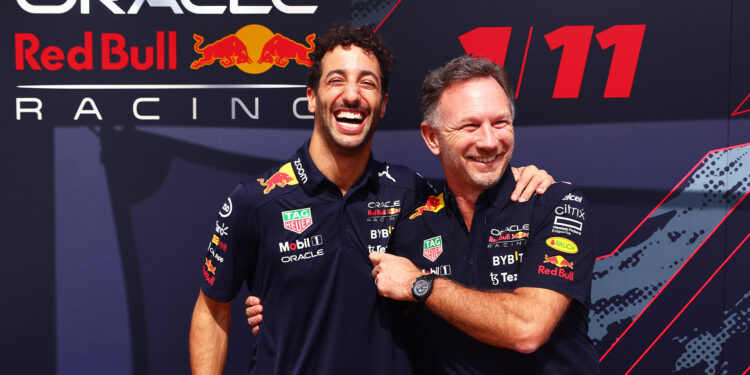 It was confirmed today that Daniel Ricciardo will make his return to the Red Bull team, as their third driver, five years after he left.

Ricciardo’s time at McLaren was announced to be ending during the summer after two dossapointing years with the Woking team. After the Australian ruled out driving in other series or a seat in a lower running team, a third driver role was looking like his only option to remain in the paddock.

While Mercedes was being rumoured as a potential home for the 33 year old, Helmet Marko, Red Bull’s advisor told Sky Sports Germany ahead of the Abu Dhabi Grand Prix that the Australian would actually be rejoining them.

His comments were clarified by Team Principal Christian Horner who said that there was an offer on the table which would see Ricciardo take up the reserve driver role as well as doing commercial activities, but that the Australian hadn’t signed at that time.

“The smile says it all,” Ricciardo said. “I’m truly excited to be coming back home to Oracle Red Bull Racing as their Third Driver in 2023. I already have so many fond memories of my time here, but the welcome from Christian [Horner], Dr [Helmut] Marko and the entire team is something I’m sincerely appreciative of.

“For me personally, the ability to contribute to and be surrounded by the best team in F1 is hugely appealing, whilst also giving me some time to recharge and refocus. I can’t wait to be with the team and support with simulator work, testing sessions and commercial activities. Let’s go!”

Ricciardo started his F1 career in 2011 joining HRT for the second half of the year before getting a full-time seat at Toro Rosso for the following year before being upgraded to the main Red Bull Team for 2014 where the Australian took seven of his eight Grand Prix wins.

“It is great to bring Daniel back into the Red Bull family,” Horner said. “He has enormous talent and such a brilliant character; I know the whole factory is excited to be welcoming him home.

“In his role as test and third driver, Daniel will give us the chance to diversify, assisting in the development of the car, aiding the team with his experience and knowledge of what it takes to succeed in F1. We’re very pleased to be working with Daniel again and look forward to everything he will bring to the team in 2023.”