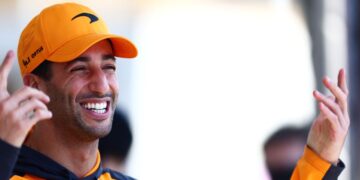 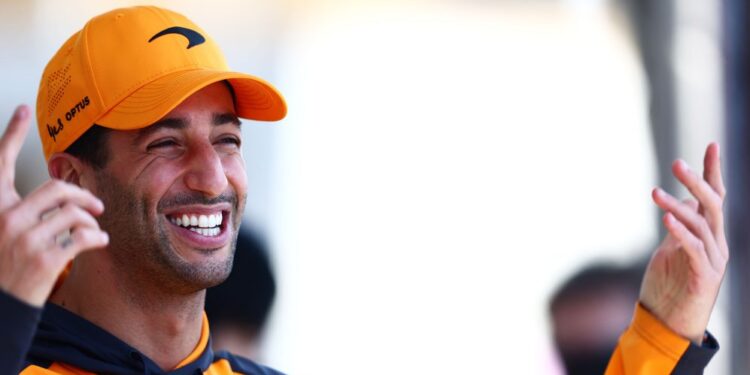 When F1 returns to Melbourne for this weekend’s Australian Grand Prix , it will be the first time in three years that McLaren’s Daniel Ricciardo will have raced in front of his beloved home crowd.

The tight Albert Park circuit has been on the F1 calendar since 1996, but was cancelled in 2020 and 2021 due to the Coronavirus pandemic.

Ricciardo has a chequered history at his home event, with a best finish of fourth place. The Australian had a dream debut for Red Bull at Albert Park in 2014, finishing third, however due to an illegal fuel sensor he was subsequently disqualified.

Speaking ahead of his first race in Australia since 2019, Ricciardo said he is looking forward to the ‘awesome atmosphere’ expected at Albert Park: “I’m excited to go home, definitely, it’s been a while,” said Ricciardo. “I’ve heard sales have been nuts and it’s going to be an awesome atmosphere so I cannot wait.

Ricciardo with his trademark humour, also joked that other drivers are ‘cheering’ at F1’s return to Albert Park, with Max Verstappen amongst others excited to resume racing in Australia: “Max (Verstappen) is cheering!” Ricciardo said. “He’s excited to go as well. It’s personal to me because I am Aussie and it’s a home one and that’s a privilege, but every driver I speak to about Melbourne, they love it, they love it as an event”.

The Albert Park circuit has undergone changes ahead of its F1 return this weekend, the number of corners reducing to 16 to 14, while some of the other remaining corners have been either re-profiled or widened.

Ricciardo is excited to see the the impact of the  circuit changes on the racing, believing they will provide “more opportunities for overtaking”: “It’s exciting to go through the track changes as well this year, see what kind of racing that produces. So, just a big bundle of excitement.”

“I think with the new design at Albert Park, it’s really focused on improving the racing, the spectacle on Sunday, to create more opportunities for overtaking,” said Ricciardo.

“It’s a beautiful circuit but it’s always been quite narrow and tight, and therefore quite tricky to overtake on. So we’ve really tried to exploit some areas to allow more slipstreaming, to allow for more chances for overtaking under braking. So I think it’s going to be a different spectacle this time round”.

Ricciardo also revealed that he was consulted on the changes, with improving the race day show at the centre of his input “Us drivers, a bunch of us were consulted on this. We were allowed to give our thoughts and input… We might not all be aligned but I think the purpose of this is to make the Sunday better. I had that in mind when I gave my input.

“If 2022 promises everything it does with being able to follow and the racing to be enhanced, then coming to a circuit like Albert Park with these changes should make a pretty amazing spectacle.”