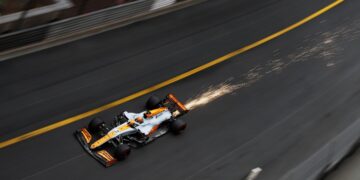 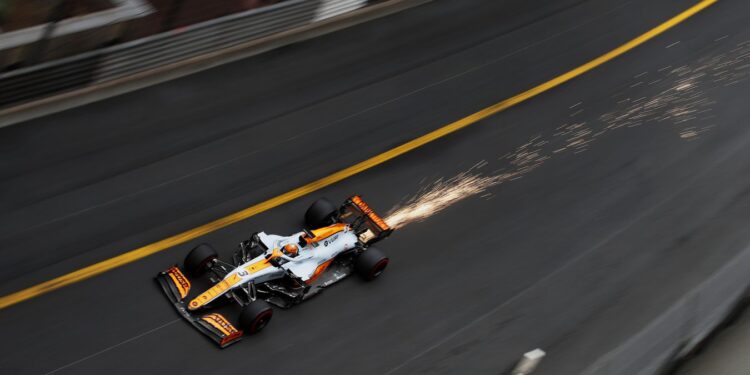 Monaco Grand Prix – Daniel Ricciardo will start from 12th tomorrow for McLaren but says he can’t understand the deficit to his teammate.

After two previous pole positions at Monaco, Ricciardo has been left confused by how far he’s found himself behind Lando Norris this weekend. The Australian has been almost a second off in each of the practice sessions despite feeling that he had been putting in good laps.

During the afternoon’s qualifying Ricciardo couldn’t make it out of Q2, his 1:11.598 over half a second off his teammate’s effort. While Norris comfortably made it through to Q3 and then took McLaren’s best qualifying position of the season: fifth, just 0.274 off pole.

“I think it’s more confusing than frustrating at the moment, I would say that’s the emotion,” Ricciardo said after qualifying. “There were some laps this year I’ve said that lap was a bit messy and I understand maybe why I’m a few tenths off, but I mean I was a second off the whole weekend more or less. As you know a second’s an eternity and I don’t really have an answer for that.

“I think you can explain maybe a couple of tenths on this and that but, especially around here, I don’t feel I forgot how to drive this track. So a few things we’ve got to try and figure out. Even in Q1 I remember I crossed the line feeling like I’d done a good lap and I think I was 1.2 slower than Lando at that stage. I’ve been doing this long enough to know if you’re a second off and that didn’t feel like it so I don’t also want to say there’s excuses but there’s definitely something that we’ve got to try and dig a little deeper to find out.

“I’d certainly want to proof check a few things, the last thing I want to do is point the finger at the guys and be like something’s wrong but it’s a long way off the pace. We’ll just try and understand it and for sure that’s what we will do, even if I was two tenths off the pace I’d still try and figure out where those two tenths are but this is obviously quite a big chunk to try and find.”