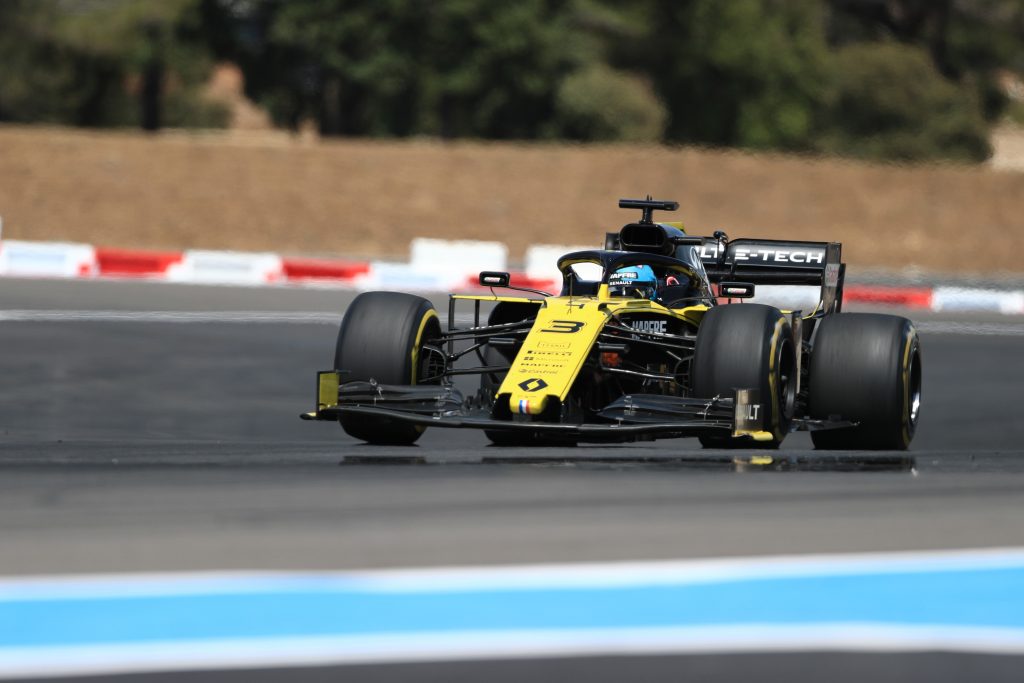 French Grand Prix – Daniel Ricciardo has been handed two five-second time penalties for his role in two incidents on the final lap of the Grand Prix at Paul Ricard.

In the final few laps of the race, McLaren’s Lando Norris was struggling with differential and steering problems, which put his seventh place under threat from Ricciardo, Kimi Raikkonen and Nico Hulkenberg.

Heading towards the turn eight and nine chicane, Renault’s Ricciardo tried to make a DRS-assisted overtake going around the outside of the left-handed turn eight.

However, he ran wide at the corner and rejoined on the inside of the turn nine right-hander, forcing Norris to take a wider line.

The stewards concluded that Ricciardo had forced Norris off the track and gained a ‘lasting advantage’ from doing so, warranting the first five-second penalty.

The stewards reasoning for this punishment read:

“At the exit of the corner he distinctly left the track and the Stewards determined that he re-joined at an angle that forced Norris off the track to avoid the collision. The Stewards accepted Ricciardo’s explanation that when he was re-joining the track, he had slowed considerably, going down extra gears and locking up the front left tyre. He also stated that the rumble strips in the turn made the car more difficult to control. However, the Stewards considered that the sequence of events constituted re-joining the track unsafely, and he subsequently took the position from Norris.”

That particular incident allowed Alfa Romeo’s Raikkonen to pass both drivers for seventh place. But Ricciardo, who left turn nine right behind Raikkonen, was able to slipstream the Alfa Romeo and challenge again for the seventh place.

With Raikkonen solidly defending the inside line heading towards turn ten, Ricciardo left the track in order to pass the Finn, completing the move into turn ten.

The stewards viewed this as an illegal move and subsequently gave Ricciardo another five-second time penalty.

As a result, he drops from seventh down to eleventh, with the seventh-to-tenth finishing positions now belonging to Raikkonen, Hulkenberg, Norris and Gasly respectively.

“Raikkonen defended his position on the straight moving slightly to the right. However, Raikkonen never put any part of his car off the track and he did not make any move to the right while any part of Ricciardo’s car was alongside, and did not crowd Ricciardo off the track. To make the pass Ricciardo drove off track and then subsequently completed the pass, gaining a lasting advantage.The Stewards reviewed the case to see if it was a continuation of the previous incident. However, Ricciardo clearly had regained control of the car following his incident with Norris and the pass off track was a separate incident.”