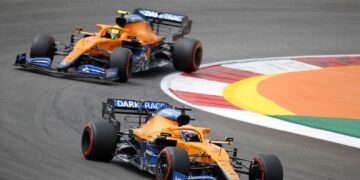 Ricciardo: I’m not really sure where it went wrong

Ricciardo: I’m not really sure where it went wrong 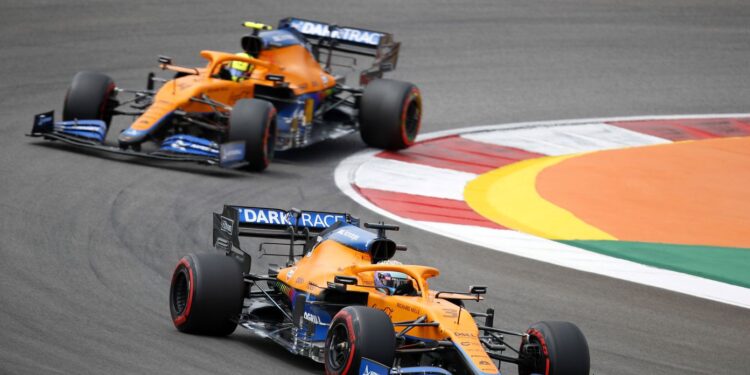 Portuguese Grand Prix – It was mixed fortunes for McLaren with Ricciardo not making it out of Q1 and Norris feeling he could’ve done better than P7.

Daniel Ricciardo’s Saturday came to an unexpectedly quick end after the Australian failed to make it through the first part of qualifying, ending P16, just 0.042 seconds off of a Q2 chance. Ricciardo’s first two weekends for McLaren saw him make it through to the last ten, finish P6, and outqualify his teammate by just less than half a tenth on both occasions.

“A frustrating day,” said Ricciardo. “We’d had a positive day yesterday, so I wouldn’t have bet on this today. I’m not really sure where it went wrong yet, we’ll have to look at it this evening. Q1 goes very quickly and we just didn’t get any clean laps in.

“The Medium tyre felt pretty good, and I was pretty happy. Then the first lap on the Soft was a bit interrupted by traffic at the start of the lap, and the end of the lap was just a little bit messy. We tried to go again but the tyre fell away really quickly and we just didn’t have the pace.

“P16 is far from where I want to be, so I’ve just got to figure it out, get some sleep and wake up tomorrow ready to do better.”

The other side of the McLaren garage wasn’t overly enthused with qualifying either. Lando Norris secured P7 for the third race in a row but felt he could’ve been on for a much better time if he’d had a clear final run. Last time out the British driver turned his Saturday disappointment and frustration into a podium on Sunday, so it remains to be seen whether he can repeat that performance.

“Reasonably happy with today,” commented Norris. “A little bit annoyed because we could’ve been a few positions further up, maybe three, and fourth on the grid, I would say. I can be confident in saying that. I got caught on my Q3 run two lap on the new tyre because of another car backing up in front of me out of the last corner, so I had to abort the lap quite early on, which was frustrating.

“Apart from that, I’m pleased with my performance today. The car was good. Tricky to drive, but fast, and I was still P7, surprisingly, so I’m happy. There are definitely some positives and we’ll see what we can do in the race tomorrow.”