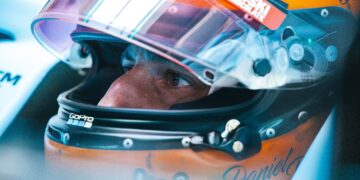 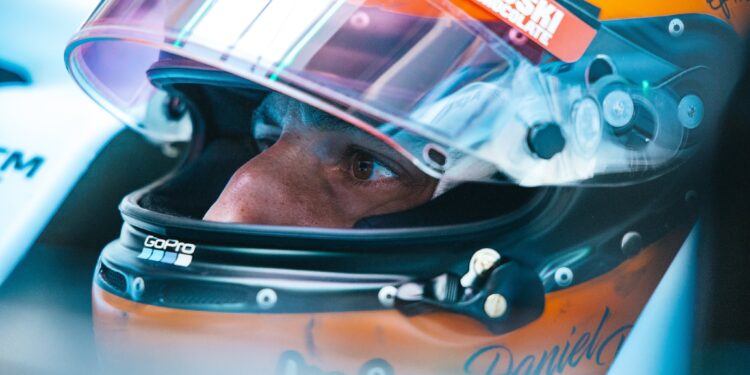 Monaco Grand Prix – Daniel Ricciardo’s bad Monaco weekend didn’t get much better during the race as he finished out of the points in 12th.

After seeming to get to grips with the McLaren last time out in Spain, Ricciardo had been enthusiastic to return to Monaco, the site of his last F1 win, and a place where he’d taken two pole positions and three other podiums. The positivity soon disappeared for the Australian as he trailed teammate Lando Norris by almost a second in each practice and then failed to make it out of Q2 in qualifying.

Ricciardo said his car set up was almost identical to Norris’ this weekend so the time difference between is something that they need to look into.

“I think the whole weekend was simply just a weekend to forget for me personally,” Ricciardo told Sky F1 post-race. “Obviously car 4 and the rest of the team got a podium so I honestly want to congratulate them and they got it right. I don’t even know if it’s we got it wrong it just never really got going, we didn’t really do a crazy different set up.

“This year there’s certainly been those races where it’s like ‘yeah, I need to find a bit more but it’ll come’ but this weekend was more of an anomaly with such a big difference. Getting lapped might be the first time so I don’t really know what to say. I think when it’s a weekend like this, and as far off as it was, probably best just to step away for a few days.”

Ricciardo said the car did come to him during the race when he was on the hard compound tyres whereas the mediums just weren’t working for him and felt like he was ‘skating’ around the streets of Monaco.

“There were a few laps on the hard where I had some clear track and, I don’t know the tyre situation, but I think I was quickest on track at that point. So I guess there were some moments of positivity, but with the medium at the beginning it was really just nowhere. I could just feel like I was skating basically I didn’t really know what was going on and trying to find the grip was tricky.”

Despite his own disappointment, Ricciardo did congratulate Norris and the rest of the McLaren team for their podium but it is one Monaco visit he will be attempting to wipe from his memory.

“It was quite a miserable weekend, just one to forget from my side. Obviously the other side and the rest of the team, they got a podium out of it and they nailed it so congrats to them. Wasn’t all miserable, but from our side, one to forget. Try and move on and hopefully we’ll find some answers but to be that far off it’s a bit of an anomaly.”