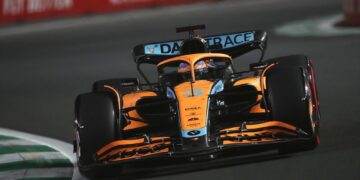 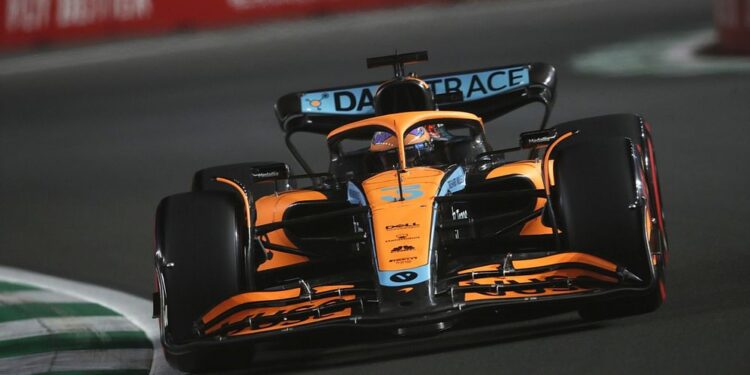 Saudi Arabian Grand Prix – McLaren’s Daniel Ricciardo had a more positive qualifying in Saudi Arabia after both he and the team struggled for pace at the season opening Bahrain Grand Prix.

While Ricciardo missed out on Q3, the Australian qualified a respectable P12, missing out on the top ten by just two tenths of a second. The result was a vast improvement on his Bahrain effort of P18 seen a week ago.

However during early Q2, Alpine’s Esteban Ocon while on a timed lap came across Ricciardo while he was warming up his tyres for another attempt.  Unsighted by the McLaren, Ricciardo caused Ocon to lift off. Ocon was then on the radio immediately to his team stating that Ricciardo had blocked him.

The incident was reported to the stewards, and following an investigation Ricciardo was awarded a three place grid penalty, dropping him to 14th.

Ocon stated that the overall performance of his lap was not compromised by Ricciardo, however the stewards stated that this was “irrelevant”. Ocon’s final Q2 time saw him safely into Q3, with his final Q3 lap seeing him line up 5th on the grid for the race.

Ricciardo was also awarded one penalty point, with McLaren receiving a €10,000 fine for the incident.

The grid penalty has promoted several driver’s grid spots for the race, with Zhou Guanyu moving up to 12th, Lance Stroll 13th and Lewis Hamilton 15th. The FIA have removed Mick Schumacher’s grid spot following his withdrawal from the race after his massive Q2 crash.