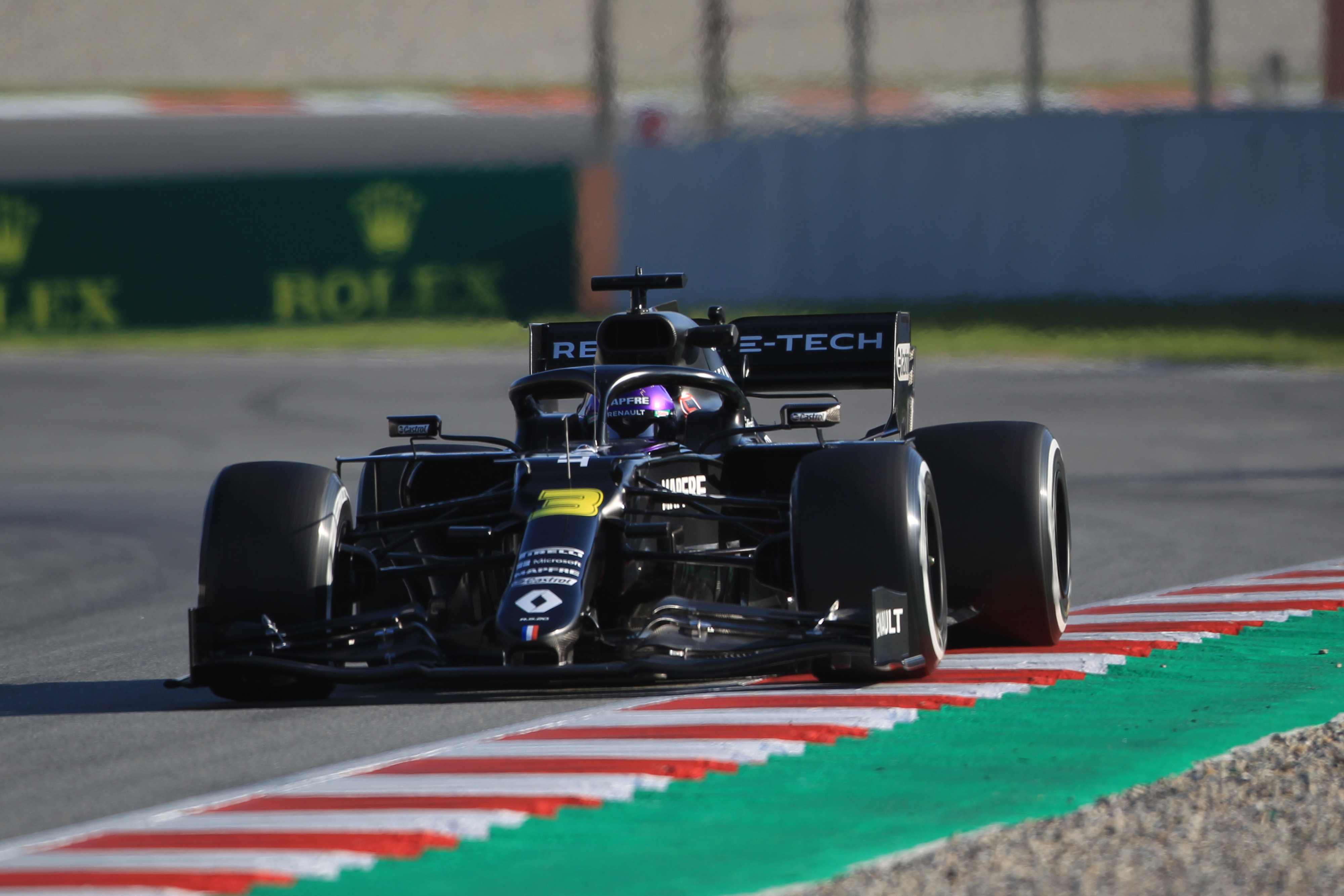 Renault’s Daniel Ricciardo says his desire for victory is seeing him work harder than ever as he enters his second year with the team.

The Australian driver was at the wheel of the new Renault RS20 for the first time on Wednesday afternoon, having had to wait due to Esteban Ocon doing the team’s filming day and opening morning.

Having taken a little bit of time to adjust to the pace of the car after more than two months without driving, Ricciardo ended up finishing the day with 56 laps and with a time just a tenth clear of what Ocon managed during the morning session.

Sporting a flashy new purple helmet design, Ricciardo said he had no trouble getting back into the swing of things very quickly: “I think my second lap of the day yesterday was a 1:19.0 or something, so sub 20s very quickly. I think that was a bit of familiarity. Obviously, getting into the car for the second year now but it certainly did give initial good impressions.  Getting down to that level of grip or downforce is a bit easier than what I remember, for sure, being able to use that level of grip. But I guess now when you start looking for that extra half a second, that’s when you see what the car is capable of. Initial thoughts were there are improvements.”

Asked about whether he felt he was reaching his peak as he enters his first full season in his 30s and trying to help Renault to fight back to the front of Formula 1, Ricciardo spoke about feeling hungry for titles and how F1’s relatively light driving workload helped him stay feeling sharp.

“I think thats what I like, particularly with our sport, because we don’t get to do it so often. If we drove a car everyday, we’d probably reach our peak a lot sooner but, because i haven’t drive an F1 car in 3 months or something, I feel like you don’t drive enough to ever really be perfect at it.”

I think that’ll be the same, probably as long as my career goes. As long as i’m still hungry and wanting to get better and learning, I’d probably continue to do it.” Ricciardo continued.

“Its just finding ways and through technology and simulators and things like this, the younger kids are coming through and are gonna get better and better. It’s about finding ways to stay on top of that curve. Im doing things physically off track but, just cause because it worked five years ago, I don’t want to just rely on it now.

“I’m just keeping it open minded. I am hungry to win still. I haven’t got my world title yet. That in itself is gong to drive me to find enhancements and within the team work a bit harder and try to be more involved with the team especially after a year now – being more comfortable with the relationships I have. I try to integrate that and be more efficient and not just rock up in a simulator and just go home.”