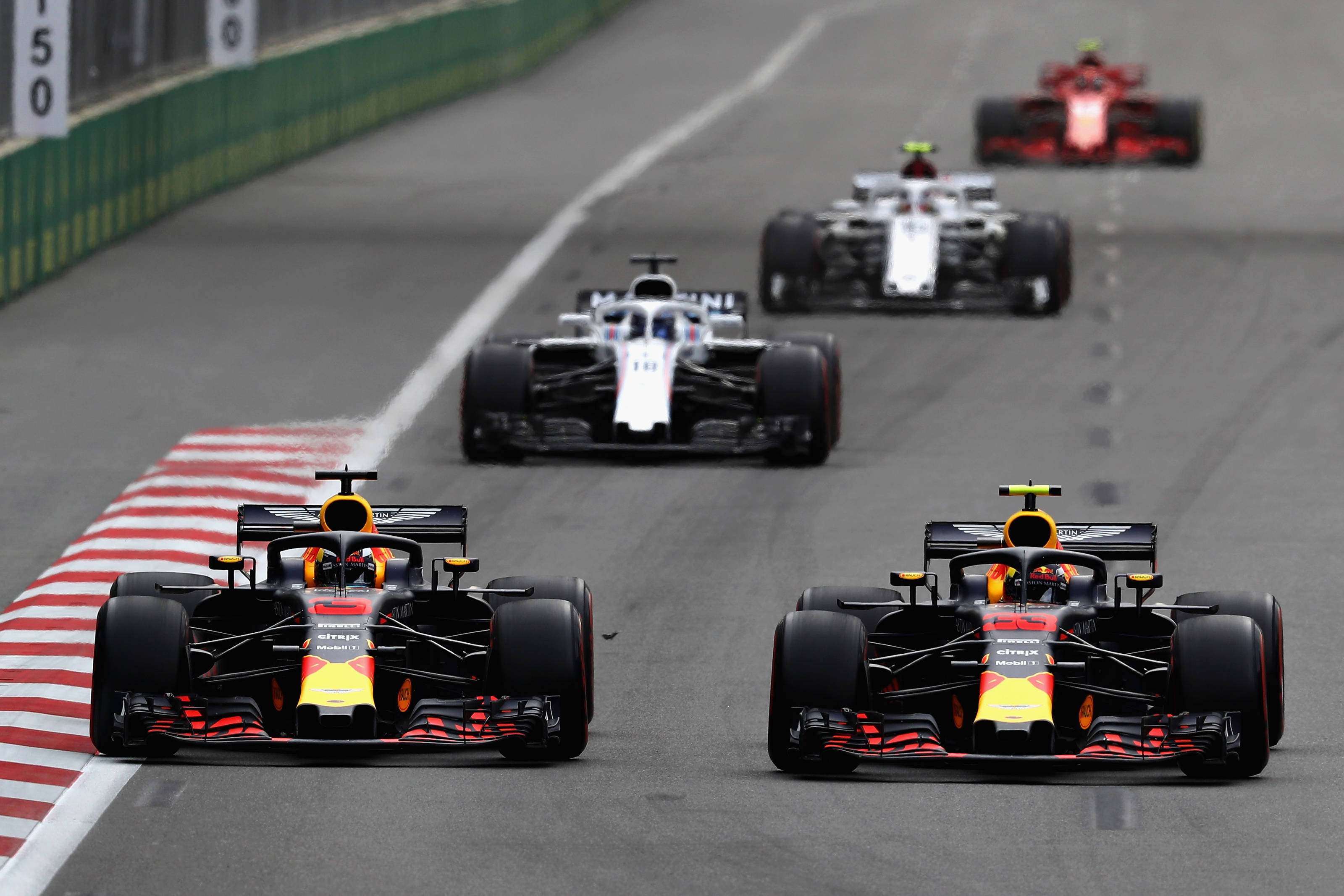 Ricciardo thought “F**k you” about Red Bull after Baku crash

Ricciardo thought “F**k you” about Red Bull after Baku crash

Daniel Ricciardo says he raged with Red Bull Racing after he and then teammate Max Verstappen crashed out of the 2018 Azerbaijan Grand Prix.

Speaking to Tom Clarkson on the Beyond the Grid podcast, Daniel Ricciardo reflected on the moment where he and then teammate Max Verstappen collided at Turn 1 while battling during last year’s Azerbaijan Grand Prix.

Then teammates at Red Bull Racing, the pair had been fighting hard on track for several laps with Ricciardo initially managing to get past Verstappen after some strong defence from the Dutch driver. However, due to the power of the overcut through the pitstop sequence, Verstappen ended up back in front of Ricciardo.

The Australian said that he expected Red Bull to tell Verstappen to let him back through as he had already come out on top of the on-track battle and had only lost position due to the pitstop, but Red Bull were reluctant to weigh in. As a result, Ricciardo admitted to anger starting to boil over as he attacked Verstappen again.

“I guess a few things came up to the surface a little bit after,” Ricciardo told Clarkson. “I was in the moment as well and you’re battling and, yes it’s a teammate, but I also see everyone as a competitor, so teammate or not we’re going to race hard.”

“We’d touched wheels a few times and it was always Max coming into me as opposed to me coming into him. Part of me was like I’m waiting for the team to say ‘Boys, cut the shit’ but never really got that.”

“And I was like alright they’re going to tell us to swap, I’m faster they’ll just say, ‘Boys, you’ve tried it’s not working, swap positions or whatever before you do crash.”

Attempting to power past Verstappen on the main straight, Ricciardo tried to dummy past the other Red Bull but Verstappen moved across to block his teammate. With nowhere to go, Ricciardo hit the back of Verstappen and the two skittered off into the escape area with damage. Both retired immediately as a result of the Lap 39 collision.

Ricciardo made the decision to leave Red Bull to join Renault a few months after this incident and, while not conclusively decisive in his choice, Ricciardo admitted to feeling extremely angry in the immediate aftermath of the crash and simmering for several days afterwards.

“I still believe I sold him the dummy so there was enough room originally on the inside and then he closed it and we crashed.” Ricciardo continued. “I’ll be honest at the time of impact I was like ‘Who cares? They deserve this’ so that was my honest feeling, I wasn’t sad or like ‘I just lost points’, it was more anger.”

“I can admit it now but I was like, ‘Fuck you guys’ because I think everyone saw it coming? And, I felt like then it was also very 50-50 where I didn’t believe it was a 50-50. It was then kind of the days after I guess I was still quite bitter.”