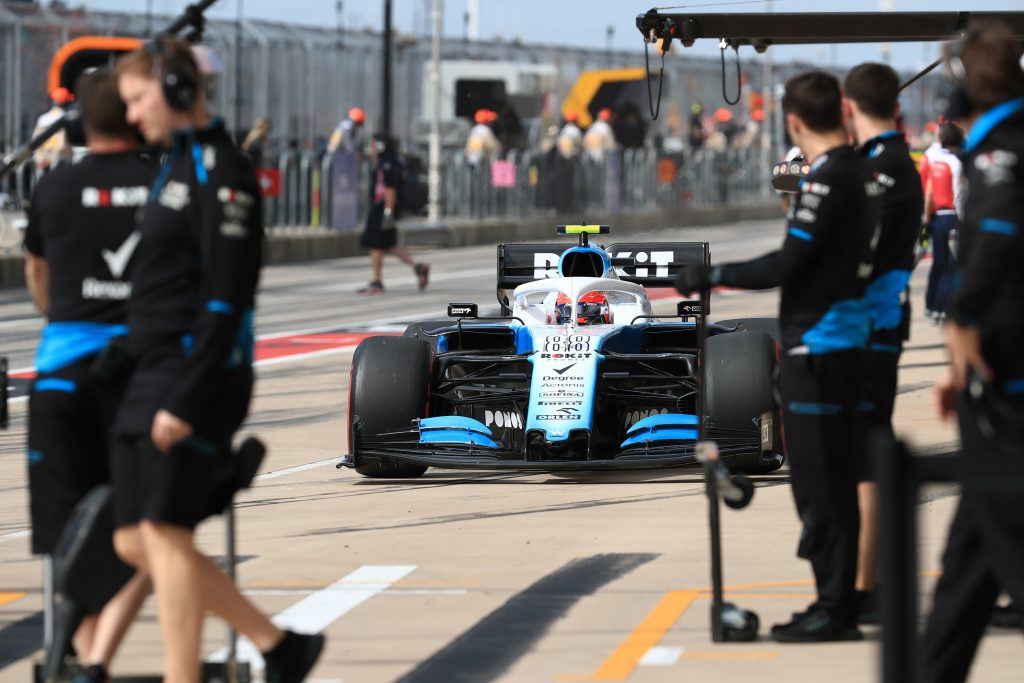 United States Grand Prix – Robert Kubica’s mid-race retirement in Austin was due to a hydraulic leak on his FW42.

Williams’ Robert Kubica was force to retire midway through the United States Grand Prix at the Circuit of the Americas.

Having got the better of teammate George Russell on the first lap, Russell managed to get back past down the back straight on Lap 7. Kubica’s pace wasn’t particularly good as he lapped in the 1:46s, and he pitted on Lap 12 to swap to the Hard tyre.

From there, he toiled around at the back for a further twenty laps before coming into the pits on Lap 35 and was wheeled backwards into the garage.

“We had to retire the car.” Kubica explained afterwards. “99% sure it was a hydraulic issue which we have to investigate deeper.”

“The pace was not there today, so we tried an alternative strategy by pitting early in the race. I struggled with the grip and the bumps were quite difficult with more fuel in the car.”

Asked about his disappointment to retire from the race, he shrugged and said: “Let’s put it this way. It’s not nice to retire the car, but I don’t think we’re missing a lot.”

Williams’ Senior Race Engineer Dave Robson said: “Unfortunately, we had to retire Robert’s car with a hydraulic issue shortly after half distance. This was very disappointing, and we will need to look at the problem and ensure that it doesn’t happen again.”

“Today we simply struggled for pace, not helped by the gusty conditions which made the car difficult to drive, and which were punishing for the tyres.”

Kubica’s F1 future is still currently up in the air, as he doesn’t have a confirmed seat for next year with just two races remaining before the end of the year.