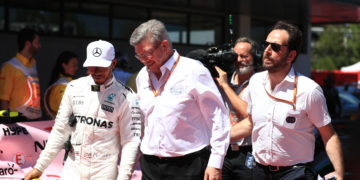 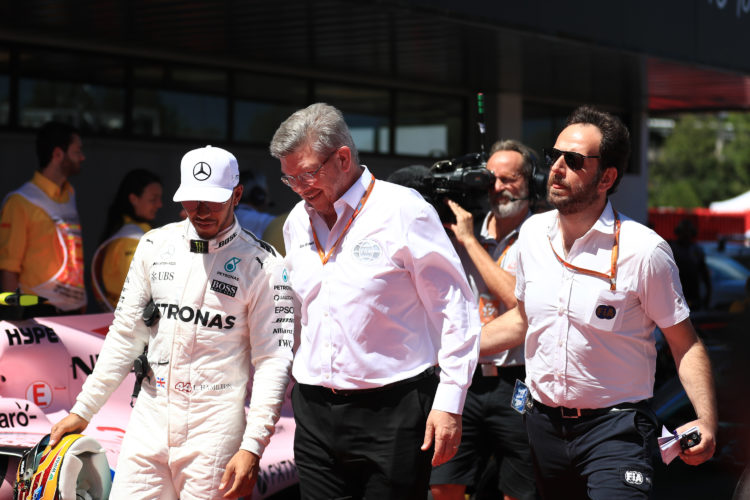 Speaking after the Eifel Grand Prix at the Nurburgring where Hamilton won his 91st Grand Prix to match Michael Schumacher’s all-time record, Ross Brawn said that he fully expects Hamilton to set a new record way above the current statistics.

With Mercedes’ performance untouchable and the regulations being largely the same until 2022, Hamilton is likely to win quite a few more races before the threat from other teams becomes bigger. As a result, Brawn says the record could be ‘astonishing’ by the time Hamilton’s momentum is stopped.

“Michael [Schumacher] always said that records are there to be broken, but I admit I didn’t expect to see this one broken so soon.” said Brawn. “And I can’t imagine Lewis is going to stop here. The way he’s going, he will raise the bar in the next few years to a level that will be astonishing.”

“Lewis drove an exemplary race in style, which has earned him an equal number of race wins to Michael Schumacher. It’s a remarkable achievement. His race was relatively efficient and effective, almost methodical, though I know from the perspective of the pit wall and inside the cockpit, it would have been anything but methodical.”

Brawn has first hand experience of working with both drivers, having been Technical Director at Ferrari during Schumacher’s dominance, and being the Team Principal at Mercedes during Hamilton’s first year at the team. He says both drivers couldn’t be more different in their approaches to racing and life.

“You couldn’t have two more different characters. Both have achieved an astonishing accomplishment.”