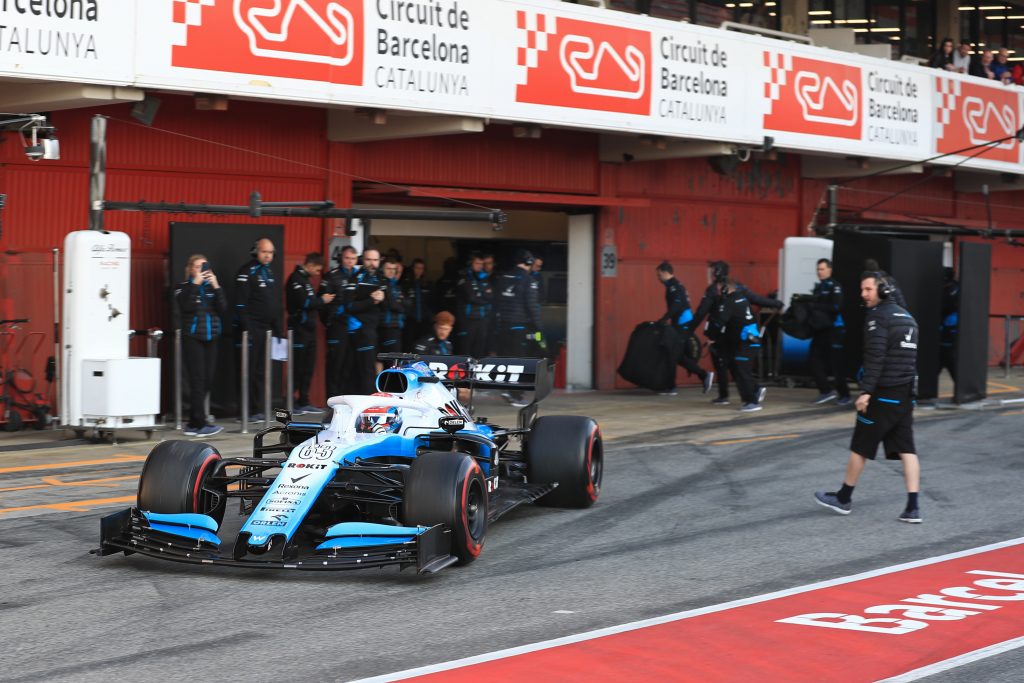 Williams’ George Russell says ‘he’d be lying’ if he claimed that the team were anything but the slowest on the grid at the moment.

Williams led the way in terms of mileage on Thursday, clocking up 140 laps without incident over the course of the day with George Russell at the wheel.

His best time, set during the morning session, was 1:18.130 on the softest C5 tyre. This was enough to put him P11 on the Thursday timesheets but, from looking at times elsewhere, it couldn’t be described as particularly fast. Mercedes’ Lewis Hamilton was just a tenth behind the Williams driver’s best time, despite putting in his best time on a considerably slower C2 tyre, while the fastest time of the day was two seconds further up the road as Charles Leclerc did a 1:16.1 in the Ferrari.

“I’d be lying if I said we weren’t the slowest right now, that’s the reality of it.” said Russell after the session.

“It’s clear we have work to do but what was a positive is that we’ve made a big step since i jumped in the car on Tuesday. We made a step when Robert jumped in the car yesterday and hopefully he’ll feel a step when he jumps back in tomorrow. We understand our issues and recognise that and we’re doing everything we can to rectify it.”

“I’d be lying if I said we were up there and we’ve got work to do. We’re a big step behind everyone else.”

Asked whether he felt deflated as the reality of the situation set in ahead of his race debut, he said: “I’m not deflated, I’m still very motivated, energised, and after two race distances today I still feel pretty decent. I’d be up for doing more laps tomorrow but I’m handing the keys over to Robert!”

“There’s never one thing [wrong]. It’s such a complex car, such a complex sport, you’re working with 700 people and everything has to come together. It’s like a jigsaw puzzle and you might have the best piece of the jigsaw, but if the other bits don’t fit to that one amazing piece, it’s not going to work. Everything has to work to create the amazing piece that it is.”

On whether he felt the pre-season test period had flown past for him, he said: “Everything has come so quick this year. First there was testing and then next week I’m at home before going to Australia on Friday. By the time we’ve analysed everything and done a sim session back at base to be ready for Australia, it’s going to be flat out and that’s really exciting to be honest. ”

“Sometimes I still need to step back and pinch myself, and realise i’m in Formula 1 and making my debut. My goal is to be in Formula 1 for many years to come so I step back too much, I might be kicked out the door. So my number one priority now is to work with the team on making this car better and push this car to get everything out of it.”