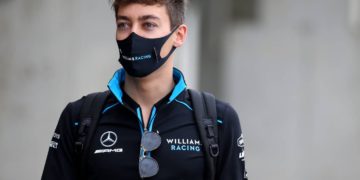 Russell dismissive of Perez threat to his Williams seat

Russell dismissive of Perez threat to his Williams seat 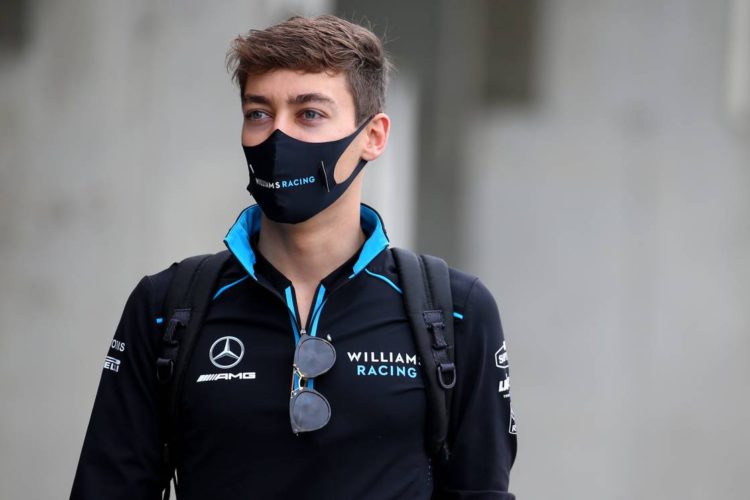 Portuguese Grand Prix – Williams’ George Russell says he has no reason to think he’ll be ousted in favour of Sergio Perez.

Recent rumours have arisen that suggest that George Russell’s seat at Williams might not be secure, as new owners Dorilton Capital look to make their own mark on the sport and are eyeing up a longer-term deal with Sergio Perez after his departure from Racing Point. With Russell backed by Mercedes, he could leave at any moment when Merc come calling, and the suggestion has been that Williams aren’t interested in such a short-term arrangement any more.

However, speaking to media on Thursday, Russell dismissed the rumours and said the contract he signed with former team owners Claire and Frank Williams earlier this year remains valid.

“I’ve actually not spoken to the new owners about it because from my side there’s no concerns. They’ll all be here this weekend and I’m sure any air will be cleared, but I am not concerned and I will be on the grid next year with Williams.

“There’s obviously always speculation,” Russell added. “I guess the media like to build a lot up.

“It’s understandable there’s speculation because there’s so many great drivers who are available fighting for a place on the grid now with Sergio [Perez], both the Haas guys, [Nico] Hulkenberg as well. So there’s always going to be speculation.

“Unfortunately in Formula 1 there isn’t necessarily always space for everyone who deserves to be here.”

Russell, who is a Mercedes junior, said he would discuss the matter with the German manufacturer should he feel that his position is becoming threatened.

“I’m in contact with the guys at Mercedes weekly, we’re always staying in touch,” the Briton explained. “I feel in really privileged position to have their full support behind me and long-term I think I’m in a great position.

“If it really comes to that obviously I’ll be speaking to them but sitting here right now I have no reason to be concerned.”

Russell’s teammate Latifi said he is also convinced that his seat at the British outfit is secure.

“Like George said, we have a contract and just because the team is under new ownership now doesn’t really change anything on that front so I’m not concerned at all,” he added.

“I have a contract with the team for next year and I’m confident I’m going to be on the grid next year.”