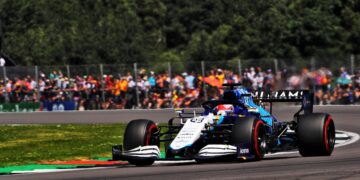 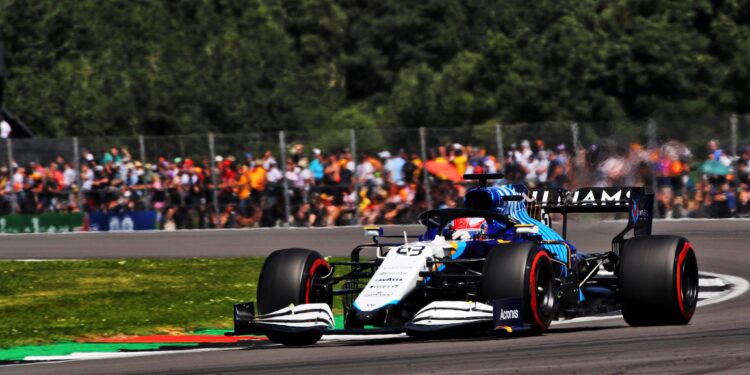 British Grand Prix – George Russell will be starting his home Grand Prix from outside the top 10 after being handed a post-Sprint Qualifying grid drop.

During Friday’s qualifying session Russell put in some great laps for Williams to see him through to Q3 and then secure P8 for the Sprint Qualifying session, ahead of both Carlos Sainz’ Ferrari and Sebastian Vettel’s Aston Martin.

While the British driver did manage to hold onto a top ten position when he took the chequered flag in P9 after the seventeen lap inaugural Sprint event this afternoon, the Williams driver did have an investigation hanging over his head.

On the opening lap, Russell and Sainz had contact while the Ferrari was trying to go around the outside, as a result the Spaniard left the track and found himself rejoining the field in P18. Sainz steadily worked his way back through the field and ended P11 but will start one place higher following the Stewards decision while Russell will now start P12.

As well as the grid drop, Russell was also given a penalty point which leaves him on seven, five points away from a race ban.

The Stewards decision read: “The Stewards heard from the driver of Car 63 (George Russell), the driver of Car 55 (Carlos Sainz), team representatives and reviewed video evidence. Cars 63 and 55 approached turn 6 with Car 63 on the inside, in the middle of the track, and Car 55 on the outside. Car 63 locked the front brakes briefly and then understeered towards the edge of the track at the exit of the turn and contacted Car 55, which was forced off the circuit and on to the grass. Car 63 is judged at fault for the incident.

“The Stewards note that breaches of the regulations of this sort in a race normally result in time penalties, which are scaled based on normal Grand Prix race lengths. Both because of the shorter length of Sprint Qualifying and because it is used to establish the grid for the race, the Stewards feel that grid position penalties, as imposed here, are more appropriate.”

Russell wasn’t the only one subject to investigation this evening, as well as being summoned for the above incident Sainz was also subject to two other inquiries while Vettel and Mazepin had appearances of their own too.

The question of whether Sainz’ rejoining the track after his incident with Russell was unsafe was debated and there was no action taken against him: “Car 55 crossed the grass at speed and eventually regained the track in turn 7 as a group of cars went through the turn. Car 10 [Pierre Gasly] took evasive action and narrowly avoided colliding with Car 55 as it came back onto the track.

“The driver of Car 55 described the actions he took to reduce the speed of the car in order to safely re-join and mitigate what was a potentially dangerous situation. The Stewards examined the video and the telemetry data and found no conclusive evidence that the driver of Car 55 did not take sufficient action to avoid the situation.”

While Sainz, Vettel and Mazepin escaped with just warnings after not performing their practice starts after FP2 in the appropriate manner.