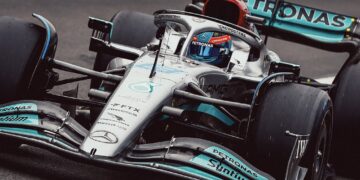 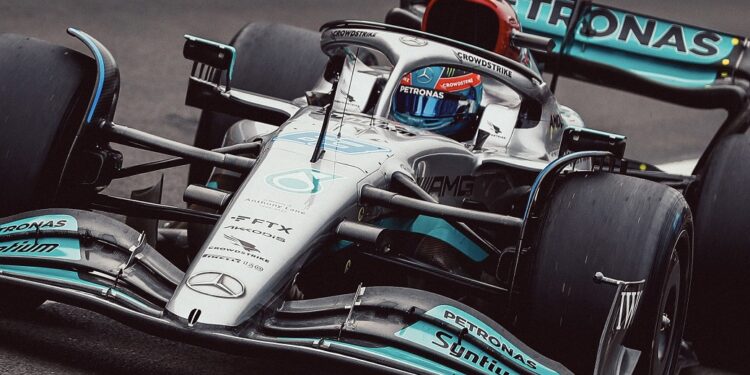 Mexican Grand Prix – George Russell and Lewis Hamilton had the pace other the rest of the field in the final track action before qualifying.

The Alfa Romeos were the first to emerge from the pits, while the Aston Martins followed them with birthday boy Lance Stroll ahead of Sebastian Vettel. Valtteri Bottas’ 1:21.462, set on the mediums, was the first time on the board while his teammate Zhou Guanyu had an issue and returned to the pits at the end of his out lap.

The Chinese driver has not had a clean session so far in the weekend having stopped in both of Friday’s practices with hydraulic problems. This time however it didn’t seem to be anything much and Zhou was back on track a few minutes later.

After the first ten minutes the two Ferraris were sitting on top of the times Carlos Sainz six tenths ahead of his teammate with a 1:19.884 while Lewis Hamilton was just a tad slower than Charles Leclerc, all having set their times on the softs.

Despite not being able to run their usual programmes due to the tyre test in FP2, only twelve drivers had set times a quarter of the way through the session while five – Max Verstappen, Pierre Gasly, Fernando Alonso, Yuki Tsunoda and Alex Albon – hadn’t even left their garages. For those on the circuit though, their benchmark time was a 1:19.405, which George Russell had set on the softs.

Mick Schumacher wasn’t having the easiest time with grip out on track, the Haas driver having caused the yellow flags to be brought out on a few occasions as he went off track and spun, but unlike Leclerc yesterday the German didn’t hit the barriers.

All cars had made it to the track just after the twenty minute mark and Verstappen didn’t waste any time going fastest, 1:19.296, on his first effort. By the halfway point of the session, the Red Bull racer had brought the time down to a 1:19.118 while Russell and Sergio Perez slotted in behind.

Around the forty minute mark Lando Norris had the circuit to himself for a bit while a few minutes earlier, Mercedes had taken control at the top with both drivers getting into the 1:18s, Russell in P1 with a 1:18.399 while Hamilton just less than a tenth and a half slower.

The Ferraris headed out in the final few minutes looking to better the Mercedes times but they weren’t able to and it ended with Verstappen as the only other car into the 1:18s, though he was over three tenths slower than Russell and Hamilton.

Leclerc, who was complaining of understeer, ended in P4 with a 1:19.123 while Perez was a tenth further back in P5. The second Ferrari, of Sainz, just pipped Norris for P6 while Bottas was the last within a second of the leaders. Tsunoda ended the third practice in P9 while Albon rounded out the top ten with a 1:19.917.