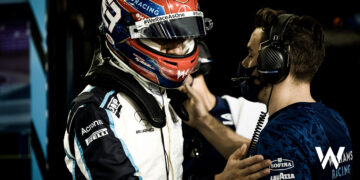 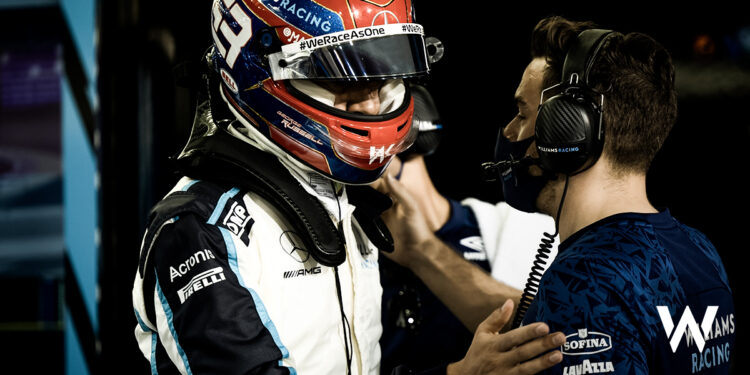 The Briton was running as high as 10th on Sunday but dropped down the order after staying out on old tyres and took 14th at the chequered flag, one place above Aston Martin’s Sebastian Vettel.

“I think it was a pretty well-executed race to be honest,” Russell said. “I think we toughed it out one lap too many in the middle stint – that’s when I had that little battle with Kimi [Raikkonen] – you know what it’s like when he’s on fresher tyres and we lost three or four seconds or so due to that, which was a bit unfortunate, but it wouldn’t have changed our outcome.

“And I think given the pace of the car, given the conditions, I think it was a very well-executed weekend and that was probably the maximum we could have expected.

“As I said, it’s going to be a bit of a yo-yo season, and I do think this is probably the worst-case scenario so fingers cross it gets better from here.

Williams have failed to score a point since the rain-affected German Grand Prix in 2019 when Robert Kubica scored the teams’ sole point that season.

However, the British squad, who have been on the grid since 1977, have made a great step forward this season with both drivers praising the car. Russell revealed that it was nice to be in the mix again after spending most of 2020 at the back of the field.

“It was nice to be racing. I had a good little tussle at the beginning, made a few places, lost a few places – I forgot how tricky it was right in that battle with all the cars surrounding you! But I thought it was a very well-executed race.

“The first stint was tricky but I think the second and third stints were as good as can be and our relative pace was actually pretty strong. So that’s where we were this weekend and we need to reassess in Imola.”

After the strong performance in Bahrain at what he considered a weaker track for the FW43B, the 23-year-old is looking forward to Imola which boasts faster corners and less-windy conditions.

“Imola’s the next race and it’s very different to Bahrain so you’re going from two ends of the spectrum.

“So we’re going between two extremes really. I’m not necessarily saying Imola is at the top end but it’s in the top half, let’s say.”