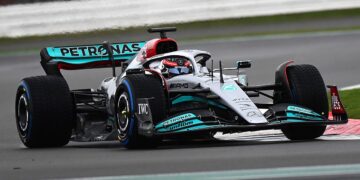 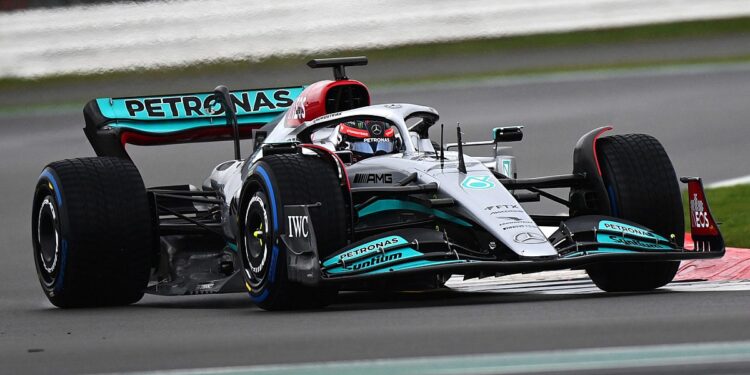 When George Russell was confirmed by Mercedes for the 2022 season, he was moving into the one of the most coveted seats on the grid. Racing alongside seven time World Champion Lewis Hamilton, Russell aimed to use the experience he gained during three seasons at Williams to move into the next stage of his career with the reigning Constructors champions.

Although the British driver is entering his first full year for Mercedes, Russell has already raced for the Silver Arrows, substituting for Hamilton in the 2020 Sakhir Grand Prix. In a stunning race that played a role in earning Russell a full-time seat at Brackley for 2022, a win slipped from his grasp due to a pitstop error and puncture. The terrible luck robbed him of an almost certain dream win on his debut for the team, eventually finishing a dejected ninth.

Fast forward to 2022, Russell arrived in Bahrain in his first full season for Mercedes looking to improve on his 2020 result.  The British driver had been careful to say throughout testing that they were not in the best position going into the new season, running down the order in both Barcelona and Bahrain.  The paddock however, expected the team to turn up the performance of their power unit in Bahrain qualifying, given the team’s history of playing down testing results.

Really strong team result today after a difficult week. We know we have work to do, but if we keep pushing this hard I know we'll get there. Congrats on the podium @LewisHamilton. 👊 pic.twitter.com/Y6QW6nFeXp

The lack of pace proved to be genuine during qualifying though, with the team continuing to suffer from porpoising  as they did throughout winter testing.  Russell qualifying down in ninth place, his teammate in fifth. Russell recovered to fourth during the race, with the Brackley squad having the third fastest car across the weekend. Running seven tenths behind the leaders Ferrari and Red Bull in qualifying, the team was able to claw back some performance in the race.

After the race, Russell said the result of third and fourth for the team given its struggles was “extraordinary’, helped by both Red Bull’s retiring:  “I made a good start, made up two positions on Lap 1, felt comfortable in the car but we know where we’re at at the moment.

To be honest we probably didn’t get the balance quite right but that isn’t the main limitation as well, we’ve got this overarching issue with the bouncing and I think to come away with a P3 and a P4 for the team is extraordinary.”

Russell is also aware of the challenges both he and Mercedes face to close the gap to the front runners: “I think we need to be pleased coming home P3 and P4 knowing there is a huge amount of performance there. But we’ve got to be realistic and recognise we are a long way behind our rivals, so we know there’s more to come but they are a real step ahead of us.”

With Russell and Hamilton confirming Mercedes have a fundamental problem with porpoising, the team will look to see if further performance can be gained from the W13 when F1 arrives in Saudi Arabia this weekend.