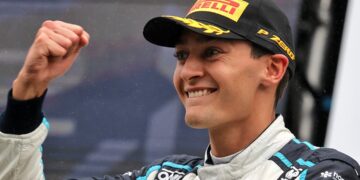 Russell set for 2022 Mercedes seat with Albon to Williams

Russell set for 2022 Mercedes seat with Albon to Williams 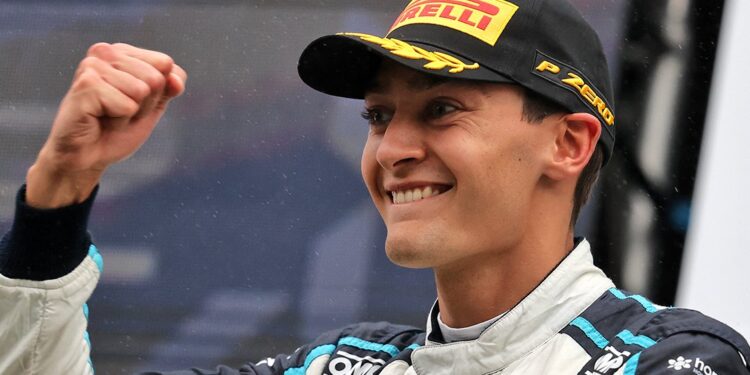 Current Williams driver George Russell is set to become a works Mercedes driver from 2022, replacing the outgoing Valtteri Bottas, it has been reported.

As reported on RacingNews365.com, the Briton, who celebrated his 50th Grand Prix start last weekend has been tipped to join the championship winning squad ever since his strong performances for Williams throughout the 2020 season. A decision was supposed to have been reached and announced during the summer break, prior to the Belgian Grand Prix. But there was no confirmation from Mercedes at Spa-Francorchamps.

This news follows recent reports that current Mercedes driver Bottas has signed for Alfa Romeo for next season. Russell has raced for the championship winning team before when he deputised for the Covid-hit Lewis Hamilton at the 2020 Sakhir Grand Prix. Russell managed to bag a front row start qualifying in second place behind teammate Valtteri Bottas. The 23-year-old took the lead and dominated for much of the race before a pitstop mishap from Mercedes put him out of contention.

In his place, it is reported that Alex Albon will take the now-vacant seat at Williams for next year. Albon raced for Red Bull from mid-2019 before being dropped to reserve driver for the 2021 season, as the team sought to bring in Sergio Perez. The Thai-British driver has been in the reserve and development role for Red Bull and AlphaTauri during the 2021 season, but insisted that he wasn’t going to give up hopes of racing in F1 again.

Red Bull top brass Christian Horner and Doctor Helmut Marko have both indicated that they were actively trying to find the 25-year-old a seat on the grid for next season with Albon also currently racing in DTM with Red Bull backing.