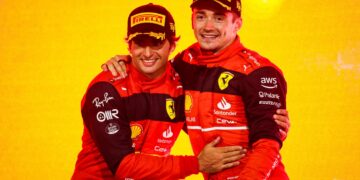 Sainz: Ferrari is properly back

Sainz: Ferrari is properly back 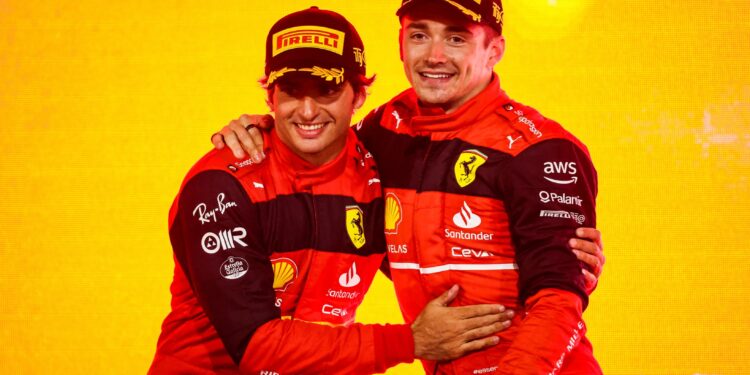 Bahrain Grand Prix – For the first time in his F1 career, Carlos Sainz got to share the podium with his teammate as Ferrari start 2022 with a 1-2.

Sainz, who started the race from P3, admitted after qualifying that he hasn’t fully got to grips with the F1-75 yet.

“I just don’t understand the car fully yet,” Sainz said after qualifying yesterday. “And I’m struggling. I’m thinking a lot while driving and this takes a bit of space out of my head while driving.”

The Spaniard wasn’t on the pace of either his teammate, Charles Leclerc, or the lead Red Bull of Max Verstappen, dropping well back in P3. Sainz was able to hold that spot through the race, however he expects there’s a lot of work to do for the second race of the season next weekend.

“First of all,” said Sainz. “Congrats to Charles, congrats to Ferrari. Ferrari’s back and is properly back with a 1-2, where the team should have been over the last two years but the hard work is paying off and we are there.

“For me it’s been a very tricky weekend, I’m not gonna lie. I didn’t have the pace today, but I managed to hold on there and bring the 1-2 for the team. Have some homework to do over these next few days and I’m sure I will come back stronger.”

Despite Sainz’ struggles with the car, when the Safety Car eliminated the gap between the Spanish driver and Verstappen ahead, he was lining the Red Bull driver up to fight for P2 battle. Issues for the Milton Keynes team however saw both of their drivers retire in the dying laps of the Grand Prix so Sainz was able to easily upgrade Ferrari from, what was looking like a double podium, to a 1-2.

“At the restart I had a strong chance because I had a very clean restart behind Charles and Max. He defended well, to be fair, and then suddenly I started seeing some flashing red lights on the back of his car.

“And I said okay, this is my chance and I went for it. He was unfortunate, I think today he was driving well enough to get P2 but I had a good run on him and then he had to retire. So, it’s what it is and it’s good for Ferrari.”