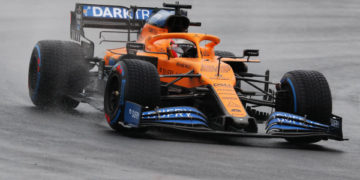 No penalty for Carlos Sainz after blocking investigation

No penalty for Carlos Sainz after blocking investigation 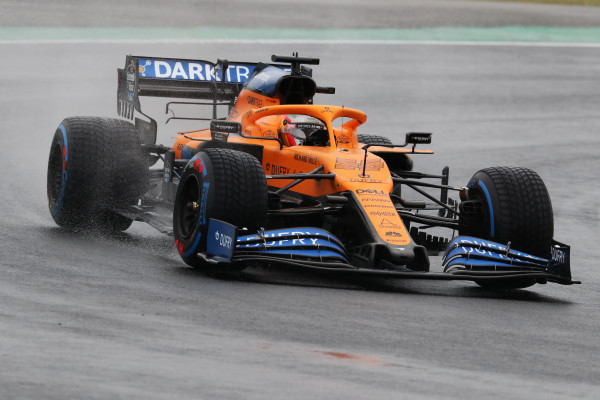 Hungarian Grand Prix – Carlos Sainz will start the race from P9 after being investigated for alleged blocking during Q1.

Update: Carlos Sainz will start the race from P9 after an investigation into an alleged blocking incident during Q1. The stewards investigation said:

“The Stewards heard from the driver of Car 55 (SAI) and the driver of Car 99 (GIO) and team representatives and have reviewed video evidence. GIO was on a timed lap, when approaching turn 6, where SAI was on the racing line and on an in lap. As a result, GIO had to abort the lap.Blue flags were displayed at marshal posts 14 and 15, however there was no blue light panel displayed.”

:The Stewards accepted that SAI could not see the first blue flag shown and did not have enough time to react to the second blue flag due to his position on the track. The team are reminded, that it is the team’s responsibility to give appropriate radio warning when another driver is approaching from behind on a timed lap. It will not be accepted as an excuse, that the driver received no radio warning. In these particular circumstances however, the Stewards consider that had there been a radio warning, there was no other opportunity for the driver to react.”

Carlos Sainz, who finished qualifying for the Hungarian Grand Prix in P9 after making it through to Q3, has been summoned before race stewards in Budapest.

During Q1, Alfa Romeo’s Antonio Giovinazzi was forced to back off as he came up behind the McLaren duo of Lando Norris and Carlos Sainz.

The Italian’s lap was destroyed after he had a previous time deleted for extending beyond the track limits enforced by the FIA this weekend, meaning Giovinazzi wound up in P19 and just ahead of teammate Kimi Raikkonen on the back row.

Sainz will meet with the stewards at the Hungaroring at 16:30 local time, where he could face a grid drop from his qualifying position of ninth.

Last weekend, his teammate Lando Norris was demoted three positions after he was found guilty of overtaking cars under yellow flag conditions.

McLaren couldn’t replicate its qualifying result from the Styrian Grand Prix in Hungary, as it found itself out-qualified by rivals Racing Point, who start on the Medium compound Pirellis, while both Ferraris and the Red Bull of Max Verstappen also ended up ahead of the end of the qualifying hour.