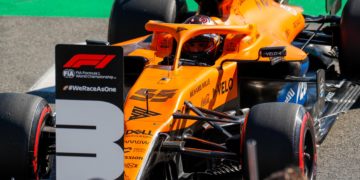 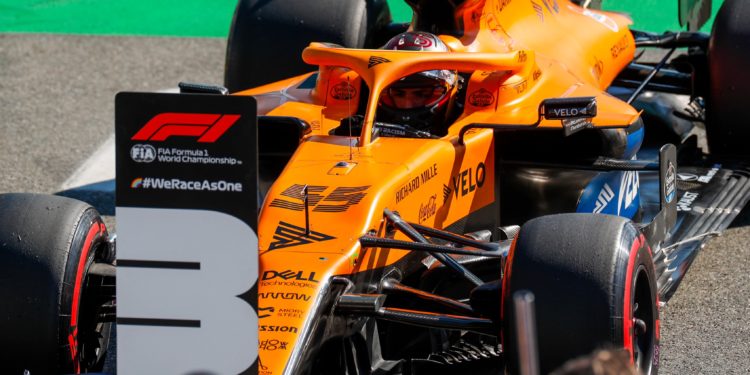 Italian Grand Prix – McLaren’s Carlos Sainz said he “risked a lot” and was left shaking after an exciting final run in qualifying.

Sainz wasn’t overly happy with his initial run in Q3 and then after a big moment into turn 6, thought he had lost his chance of a good position for tomorrow. ”The last lap I nearly messed up,” said Sainz. “I had a big moment in Lesmo 1 and I nearly lost it. I’m actually shaking a bit because in Parabolica and Ascari I had to really go for it.”

The Spaniard, who was one of the drivers called to the stewards after FP3, equalled his best qualifying performance by securing third place for tomorrow’s Italian Grand Prix.

“I’ve been feeling very strong since the start of qualifying, since Q1. I managed to go through with only one set [of tyres] with a very strong lap and since then it was just chipping away to try to put a 1:19.6 on the board, which I knew that would’ve given me a top five.

“I felt like I was nailing Q1 and Q2, and on Q3 run one I didn’t quite nail it. I was waiting for Q3 run two and the lap didn’t start very well. I already needed some very strong final few corners, and I really went for it, I risked a lot and it paid off. As you can see I am, after the dive I did into Ascari I was a bit ‘wow, that was way too late’.”

Carlos Sainz lap that put him in P3. Pay attention to the oversteer moment in Lesmo1! 😅 pic.twitter.com/HBjvDHqqDk

Looking forward to tomorrow, Sainz doesn’t think McLaren’s race pace is as strong but he, and teammate Lando Norris who starts sixth, will do their best. “[The race pace is] not as good as P3 I think, but we’ll try and hang on there. I thought [the Renaults] were going to be quicker than us but this lap helps.”