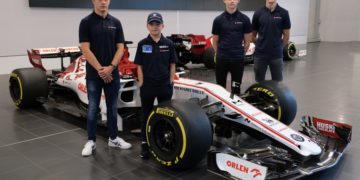 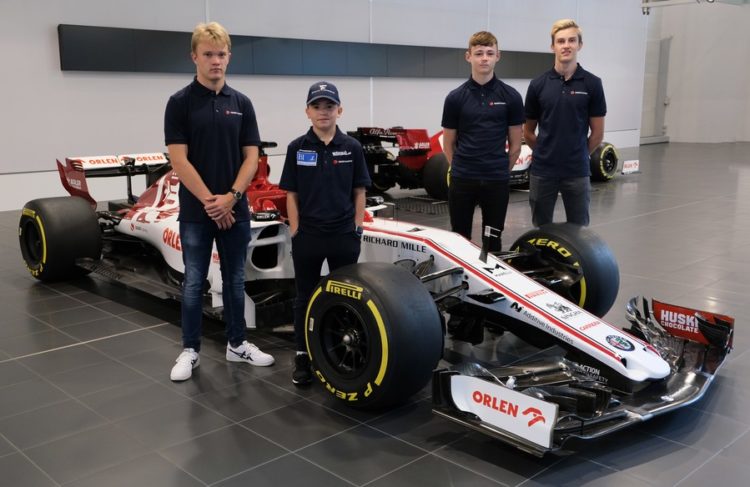 Sauber Motorsport, who operate the Alfa Romeo F1 Team, have launched a new driver development programme with four signings for 2020.

The Sauber Academy has been launched, with four drivers signed to the driver programme to help with their development towards a full motorsport career.

Sauber, the company and Formula 1 team that run the Alfa Romeo entry, are working on the programme in conjunction with the Sauber Karting team. This programme is designed to help drivers go from grassroots level to the very top level of motorsport.

These four drivers will be given full access to Sauber’s expertise, with integration into the team’s know-how. Each driver will also be given a personalised development programme alongside their 2020 racing activities.

Frenchman Pourchaire will make the step to FIA F3 in 2020, while Ptacek, who hails from Czechia, will continue in the championship that saw him claim multiple podiums in 2019. Scotland’s Patterson will make his single-seater debut in the Italian F4 Championship, while Fittipaldi, son of the two-times F1 world champion whose name he shares, will drive in the OK-J karting championship with the Sauber Karting Team.

Sauber are well known for discovering driver talent. Under team boss Peter Sauber, current Alfa driver Kimi Raikkonen made his debut with the Swiss team in 2001 after the team fought to get him a superlicence due to his inexperience. Michael Schumacher and Heinz-Harald Frentzen both raced pre-F1 in sportscars and Le Mans with Sauber, while Sebastian Vettel, Robert Kubica and Sergio Perez were all brought into Formula 1 by Sauber.

“Investing in young talent has always been a central part of Sauber Motorsport’s racing philosophy.” said Vasseur. “Our Academy is just the latest project aimed at unearthing stars of the future and guiding them through their career, giving them the tools, the education and the resources needed to succeed in the world of motorsport.”

“I am looking forward to working with these four extremely talented drivers.” said Zehnder. “They are all at different stages of their career but each of them has the raw skills we will need to harness to help them in their journey to Formula One. Over the years, I have seen many young drivers making their debut at the top of motorsport and it is true that, the earlier you acquire these skills, the more you can profit from them in the long term.”

With Fittipaldi Junior selected to the programme, his Formula 1 World Champion father Emerson says he’s delighted to see that he’ll be guided by the calm and strong leadership at Sauber: “When I heard Emmo Jr. had been selected by Sauber Academy, I was extremely happy for him. First, he achieved a sponsorship deal from Brand Institute, a crucial step in advancing his young career. Now, he will be guided by Sauber, an organization with exceptional prestige and experience in motorsport.”

“Emmo Jr. is building a strong foundation to help him achieve his dream of becoming an F1 Driver. I have known Frédéric Vasseur and Beat Zehnder for many years. With their expertise and reputation, I feel very confident that they will provide Emmo Jr. with the proper guidance to be successful on and off the track. I am so grateful and thankful to God for these opportunities.”