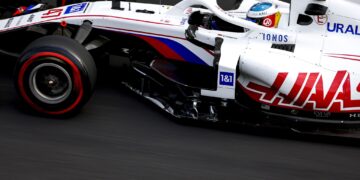 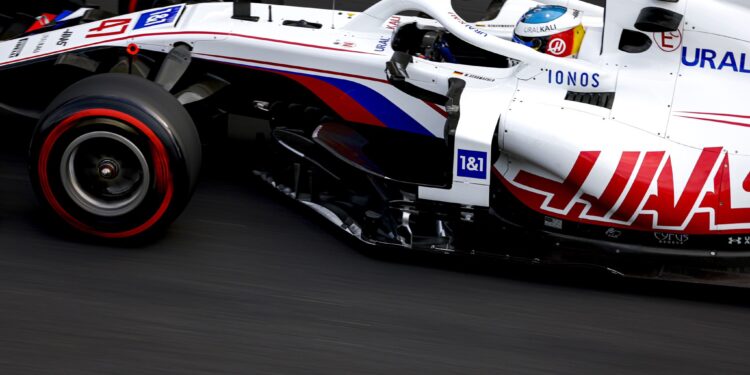 Turkish Grand Prix – Excelling in the damp conditions, Mick Schumacher put in the best qualifying performance of his debut season making it to Q2 and P14.

For the second time this season Schumacher saw his Haas through to the second part of qualifying. The first occasion, at the French Grand Prix during the summer came about after the young German crashed near the end of Q1 preventing other drivers from setting faster laps but also meant that Schumacher was unable to compete in Q2 due to the damage his car sustained.

This time however the Haas driver made it through thanks to a good lap at the right time, and was actually able to participate and enjoy the experience of Q2 this time round.

“It went well from FP1, very nice feeling on track with the car, so yes, just really happy right now,” Schumacher said afterwards. “Those tricky conditions were fun to drive, I just enjoyed it and just did what I did best, and that’s drive. I think we as a team just took the right decisions at the right time. We have analysed it properly, we went through all the steps that we usually do, but we just seemed to have found the right set-up for the right conditions.”

Schumacher was prevented from putting in a final fast lap when he had to back off due to yellow flags at the first corner where Lance Stroll had gone wide. That meant he ended the session P14, Carlos Sainz not setting a time as he’ll be starting at the back thanks to a grid penalty, but the German driver does feel he could’ve gotten closer to George Russell’s P13 time if he’d had a clear lap.

“If you wait for the last lap those things can happen. I’m just really happy that we managed to get to drive and get to show our performance and I think maybe we even had a tenth or two in there to be closer to George.”

“I was still, mindset-wise, pushing for more,” he told Sky during his lap analysis. “Obviously the conditions are tricky at the beginning and then they improve because it wasn’t raining anymore so any lap you would do in the later stages was going to be faster. We should always strive for more, we should always go for more.”

While the Haas driver did start from P14 last time out in Sochi after power unit changes saw grid penalties handed to three drivers ahead, it ended with Schumacher’s first DNF of the season due to a hydraulics problem. Looking forward to tomorrow’s race, Schumacher is hoping that he’ll be able to move forwards and challenge for points.

“Hopefully we’ll be able to move forwards. To be in the points, I think that’s the dream. How far this can become reality we have to wait and see, but definitely, I think we’ll analyse properly, we’ll see what we can do for tomorrow and we’ll just go from there.”

In his SkyPad interview he added that “It’s a pretty tyre-eating track so we have to keep that front right alive, if we have the tools in hand to try and do so we’ll just have to try and apply them in the race and just hope we stay in the position we are or go forward. Turn 1 is always quite interesting around here so we’ll just do our best.”