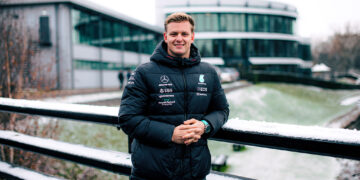 Schumacher signs on as Mercedes reserve for 2023

Schumacher signs on as Mercedes reserve for 2023 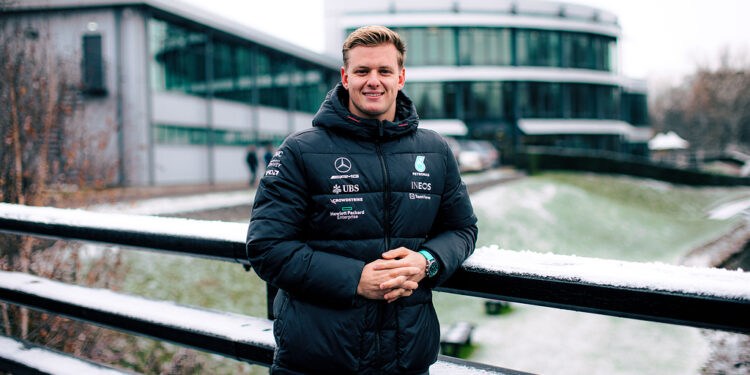 After losing his seat at Haas, Mick Schumacher will remain in the paddock next season after joining the Mercedes team as their reserve driver.

This morning, Ferrari announced that they and Schumacher would be ending their time together, the young German having been part of the Ferrari Driver Academy since 2019 and they saw him through his two years with Prema in F2 before joining F1 with Haas.

He spent two seasons with the American team but they decided not to keep him on for a third and instead go for the experience of Nico Hulkenberg in their hopes to move the team up the grid. During the 2022 season, Schumacher also served as Ferrari’s reserve driver but the end of that relationship had been seen to be approaching for the past few months.

While it was initially thought that Daniel Ricciardo might find a home as the Mercedes reserve, after being let go from McLaren but once he signed with Red Bull, Schumacher was the favourite for that role, a move that felt almost imminent after Toto Wolff said that he had “always been close to [Mercedes’] heart” thanks to the relationship his father Michael and indeed the Schumacher family have had with the marque.

“I am thrilled,” Schumacher said, “to be part of the Mercedes-AMG Petronas F1 Team as their reserve driver for 2023, and I am committed to give it my all to contribute to their performance in this very competitive and professional environment.

“I take this as a new start, and I am just excited and grateful to Toto and everybody involved for putting their trust in me. F1 is such a fascinating world, and you never stop learning, so I look forward to absorbing more knowledge and putting in all my efforts for the benefit of the Mercedes team.”

Mercedes Team Principal, Wolff, believes that Schumacher’s talent and work ethic are a good fit for Mercedes and with his experience in the sport, they know he’ll be ready to substitute either of their drivers if he ever needs to.

“Mick is a talented young driver,” Wolff said, “and we’re delighted to have him join the Team. He is a hard worker, has a calm and methodical approach and is still hungry to learn and improve as a driver. These are all important qualities, and we’re excited for him to help us develop the W14.

“We also know that with two years of experience racing in Formula One under his belt, he will be ready to step into the car at short notice to replace either Lewis or George, should that need arise.”