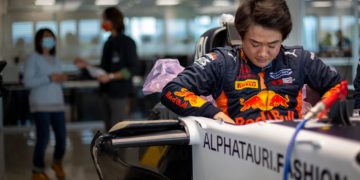 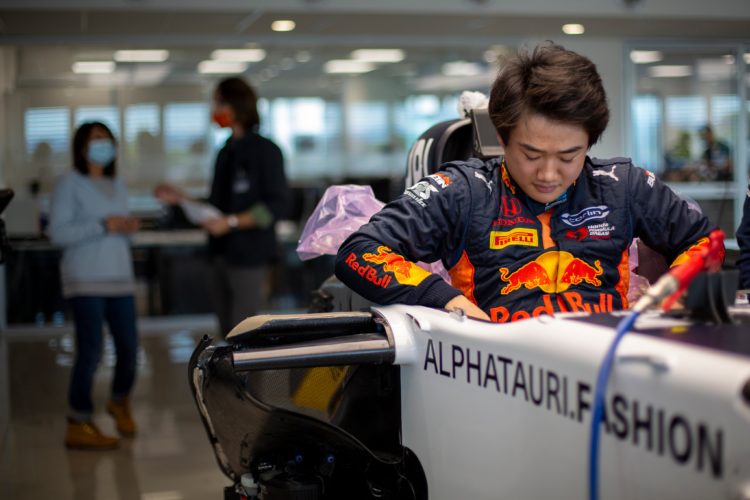 Red Bull junior driver Yuki Tsunoda has had a seat fitting at Alpha Tauri, as he gets ready to take part in a test in the 2018 car.

Red Bull junior driver Yuki Tsunoda has visited Alpha Tauri’s factory at Faenza in Italy to have a seat fitting. The Japanese driver has impressed throughout the current Formula 2 season and is known to have a very realistic shot at stepping up to Formula 1 with the Alpha Tauri team in 2021.

Tsunoda is already confirmed as being taking part in the young driver test in Abu Dhabi at the end of the season, but will have an outing in the 2018 Toro Rosso first. The team will run him at Imola on the 4th of November. Such a test does not have any mileage restriction, meaning he can adjust to a reasonably contemporary car before stepping into the current car in Abu Dhabi.

While backed by Honda, the Japanese manufacturer’s confirmed departure from the sport at the end of 2021 is unlikely to have any impact on his arrival into F1.

Speaking over the Eifel Grand Prix weekend, Honda’s Masashi Yamamoto said: “Personally, I don’t think our leaving has any impact there. Red Bull don’t just let anyone drive their cars. I think they will be evaluating him strictly as a Junior driver and also it depends on his Formula 2 results as well. But we’d like to back him up where we can.”

Alpha Tauri team boss Franz Tost praised Tsunoda’s performances in the current F2 season, and said that the Red Bull philosophy of judging a driver purely on their performance will continue to apply in Tsunoda’s case.

“Scuderia AlphaTauri currently has two fast drivers with Pierre Gasly and Daniil Kvyat.” said Tost. “We will do the young driver test day with Yuki Tsunoda and this has nothing to do with the decision from Honda that they will not continue after ’21.”

“The philosophy at Red Bull is always the performance and if Yuki performs well and he is doing a really good job in Formula 2 – he has won two races this year, at Spa and Silverstone if I remember rightly and in Austria as you remember hopefully, he was leading the race in the wet until a few laps to go and because of radio problems he couldn’t win this race.”

“He is doing a really good job and this is decisive, the performance of the driver and this was always the philosophy and this will always stay like it is and then we will see what Red Bull decides regarding their drivers for 2021.”

We can tell by his face that @yuki_TY0511 won't be forgetting this day in a while! 😁 pic.twitter.com/VFiDSnCqdj