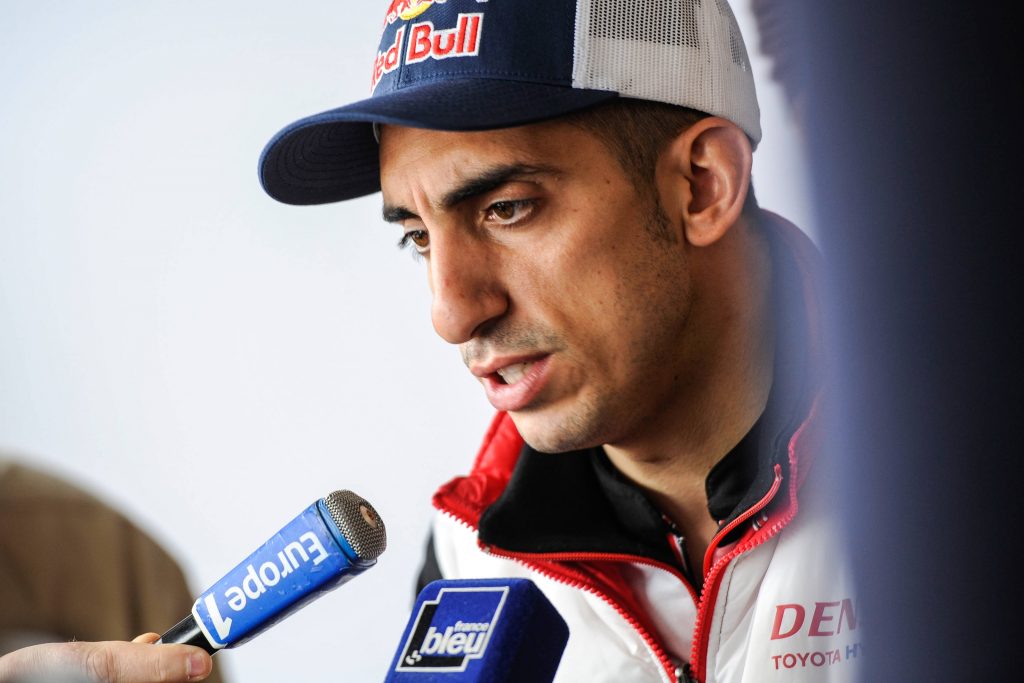 Sebastien Buemi was checked over but, thankfully, unhurt in a high speed testing crash at Silverstone on Thursday.

Sebastien Buemi has escaped injury in a high speed testing crash while driving at a Pirelli tyre test at Silverstone.

On Thursday, the Swiss driver was at the wheel of Red Bull’s RB15 to take part in a two day Pirelli tyre test at the British circuit. The test is for the benefit of Pirelli, to help them carry out evaluation of 2020 tyre prototypes. The test was carried out by Red Bull and Williams on behalf of Pirelli, with Pierre Gasly and Sebastien Buemi taking a day each for RBR, and George Russell and Robert Kubica a day each for Williams.

However, the test was called to a halt early after Buemi suffered a heavy crash during the afternoon session.

Hitting the barriers on the exit of Turn 1, a flat out right hander, Buemi’s impact was hard enough to require him to visit the medical centre for evaluation. Following a thorough medical examination, Buemi was released by the doctors.

Red Bull say the cause of the crash is under investigation, while Pirelli are yet to comment on the incident.

Buemi, fresh from his victory at the final round of the 2018/2019 FIA Formula E Championship in New York over last weekend, flew to the UK to take part in the test in his role as Red Bull Racing’s reserve driver. Buemi has served as Red Bull’s test and reserve driver since 2012, having driven for Toro Rosso as a race driver between 2009 and 2011.