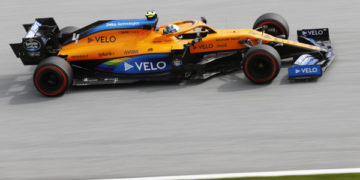 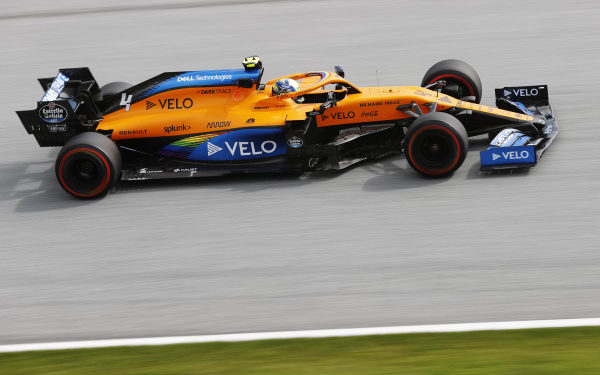 Lando Norris finished third securing his first ever F1 podium, whilst Carlos Sainz battled up to a solid 5th. This places the team in second place in the Constructors Championship.

“I’m proud, to be honest, proud to be part of the team today,” said a buoyant Seidl after the race. “Nothing could be better for the entire team especially after this difficult period, and to go away with P3 and P5 is simply unbelievable. I’m looking forward, despite social distancing and masks tonight, that we’ll have a small celebration at least!”

Norris managed to grab the final spot on the podium following five-second time penalties for both Mercedes’ Lewis Hamilton and Racing Points’ Sergio Perez. The 20-year-old managed to claw his way to within five seconds by setting the fastest lap in the closing moments of the race, a 1:07.475.

Seidl expressed his surprise over Norris’s feat who secures a vital extra point for gaining the fastest lap.

“We kept him [Norris] up to date all the time about the penalties and the gaps,” said Seidl. “To be honest I didn’t expect that he could pull off that lap at the very end.

“But obviously he had a strategy in mind and that such a young guy can pull off such a lap [on] the very last lap and end up on the podium, ah, it’s just great!”

Hamilton tangled with Red Bull’s Alexander Albon after the final Safety Car restart and received a time penalty for the incident. When questioned whether Mercedes had been caught napping, Seidl insisted that he was just pleased with the end result.

“Obviously it’s difficult for me to say at the moment, we need to analyse what happened in detail. Maybe they didn’t think that we had the potential to do that lap at the end. To be honest, I don’t care I’m happy with how it ended.”

Norris battled with Perez for the majority of the race, and managed to hold the Racing Point driver off on the first stint on the soft tyres. McLaren had even expected Racing Point to be out of reach in the race.

“The good thing from today was really that in the race that we could actually do the pace of the main competitors around us,” explained Seidl. “But I think we were able to match [Sergio] Perez and the Ferraris in terms of pace, depending on the tyre choice and so on. That’s obviously very, very encouraging looking ahead. We have a solid foundation for one lap, but also in the race.”

McLaren will hold on to the services of Norris until 2022. In 2021, the Briton will be joined by highly rated Daniel Ricciardo. Seidl explained that he was pleased with Norris’s progress from his debut season last year.

“As a driver it’s all about the momentum and building up the confidence and Lando simply made a good job over winter, working hard with engineers to make the right changes for this year. In terms of personality and character, I think he made a step as well, and I think he can have a great future.”