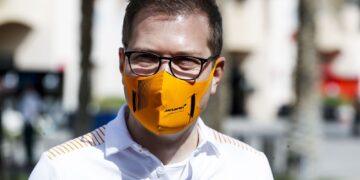 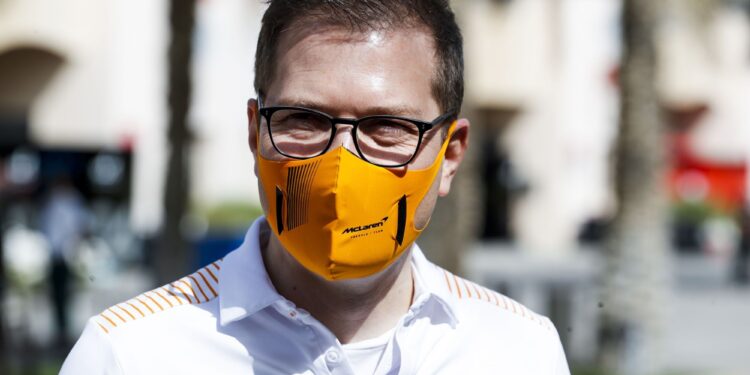 McLaren Team Principal Andreas Seidl says that he’s not too disappointed with his teams’ performance at the Azerbaijan Grand Prix, even as Ferrari overtake the team in the standings.

McLaren had a disappointing Saturday with Lando Norris starting ninth ahead of the race, with teammate Daniel Ricciardo starting down in 13th. Meanwhile, their main championship rivals Ferrari qualified on pole.

The British squad did manage to recover and score a double points finish with Norris in fifth and Ricciardo ninth, despite a poor start which saw the drivers 12th and 13th after the first corner. As a result, McLaren slipped to fourth in the constructors standings as Ferrari moved ahead into third.

Seidl admitted that the British squad needs to work on its qualifying performance in order to maximise the strong pace during the race.

“If you start P9 and P13 and are after the first corners P12 and P13, then finishing P5 and P9, just one position behind each [of] the Ferraris, it is clearly damage limitation,” said Seidl. “In the end, we need to finish higher up on Saturday, then our Sundays are a lot easier because I think we had the pace today [to run] further up the front.

“But as soon as you were in the train today, there’s not a lot you can do. Again, a good job from both drivers and the team to keep their head calm in a tricky race.

“So, we’re pretty happy that we only lost four points to Ferrari today, which was a good outcome after a disappointing Saturday.”

The Azerbaijan Grand Prix was stopped as the red flags were brought out late in the race to deal with Max Verstappen’s crashed Red Bull. Once the race resumed, there was a thrilling two lap sprint to the finish. Norris managed to climb up to fifth and Seidl believes that more points were on offer for McLaren should they have started a little higher up on the grid.

Formula 1 returns to racing around more ‘traditional’ tracks when the sport visits Paul Ricard for the French Grand Prix. The previous two races at Monaco and Azerbaijan have been street races and Seidl declined to speculate on how the team might performance against Ferrari.

However, the McLaren boss was pleased to see his team move closer to the pace of the front runners Mercedes and Red Bull with an aim of fighting those two teams in the near future.

“It’s difficult to draw any conclusions from earlier races of the season in terms of the pecking order on specific tracks,” said Seidl

“So I simply think it’s difficult to say. In general, what was positive again, ignoring our final positions in qualifying yesterday, is that we definitely got a lot closer to the Mercedes and Red Bulls in front of us in terms of pace, which is encouraging.