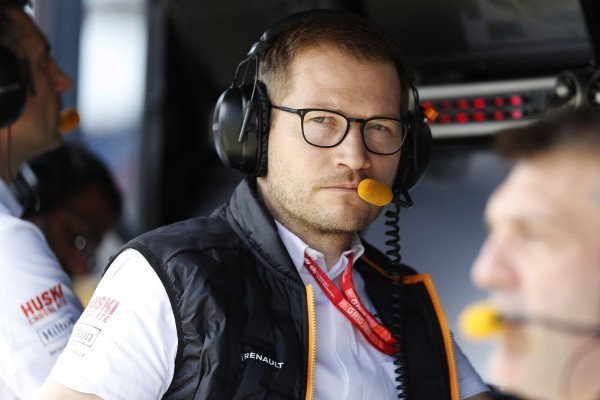 McLaren’s Andreas Seidl says the team will be making big changes in terms of car concept for their 2020 challenger as they hope to move up the grid.

McLaren’s Andreas Seidl says the team’s MCL35 is likely to be a big concept change away from their already much improved 2019 car. Having spent a few years in the doldrums, this year’s MCL34 has been a clear step forward for the team as they’ve improved to P4 in the Constructor’s Championship with Renault power.

The team have signed up to rejoin forces with Mercedes on the power unit front from 2021, something Seidl says is positive to have fully nailed down as the team continue rebuilding: “Obviously, it was an important milestone, also for myself, to have clarity here as quickly as possible, so very happy to have the World Championship-winning powertrain in the back of our car from 2021 onwards. At the same time, this is 2021, so our focus is on next year, on 2020.”

Sitting alongside Red Bull’s Christian Horner and Mercedes’ Toto Wolff at the team’s press conference on Friday in Mexico, Seidl said that the changes for 2021 don’t mean that they’re treating next year as a season in which to tread water. He says there’s big changes going on on the chassis front, as the MCL35 will be the team’s attempt to close the gap to the top three teams before the change in engine suppliers: “The reality is that we are still more than a second down compared to these guys next to me, so this means, even with the regulations staying the same, we still see a lot of stuff we want to tackle with next year’s car, which means we also have to do some bigger changes also, in terms of car concept.”

“James Key is working hard on that, together with the entire team back home. I’m very happy with the progress that I’m seeing there and the target is clear for next year: we want to somehow jump in between these… let’s say a position in terms of lap time also where we are right now and where these guys are, and hopefully we can make that step for next year.”

With major technical regulations changes for ’21 set to be announced on Thursday, Seidl said there has been no opposition from McLaren towards the proposed changes: “I think our position is clear. We like what is on the table now, what we have seen last week also, in terms of what’s coming in on the technical side, the sporting side and on the financial side and just waiting now for the 31st of October to see the publication of these regulations and we all know what we have to work to from ’21 onwards.”