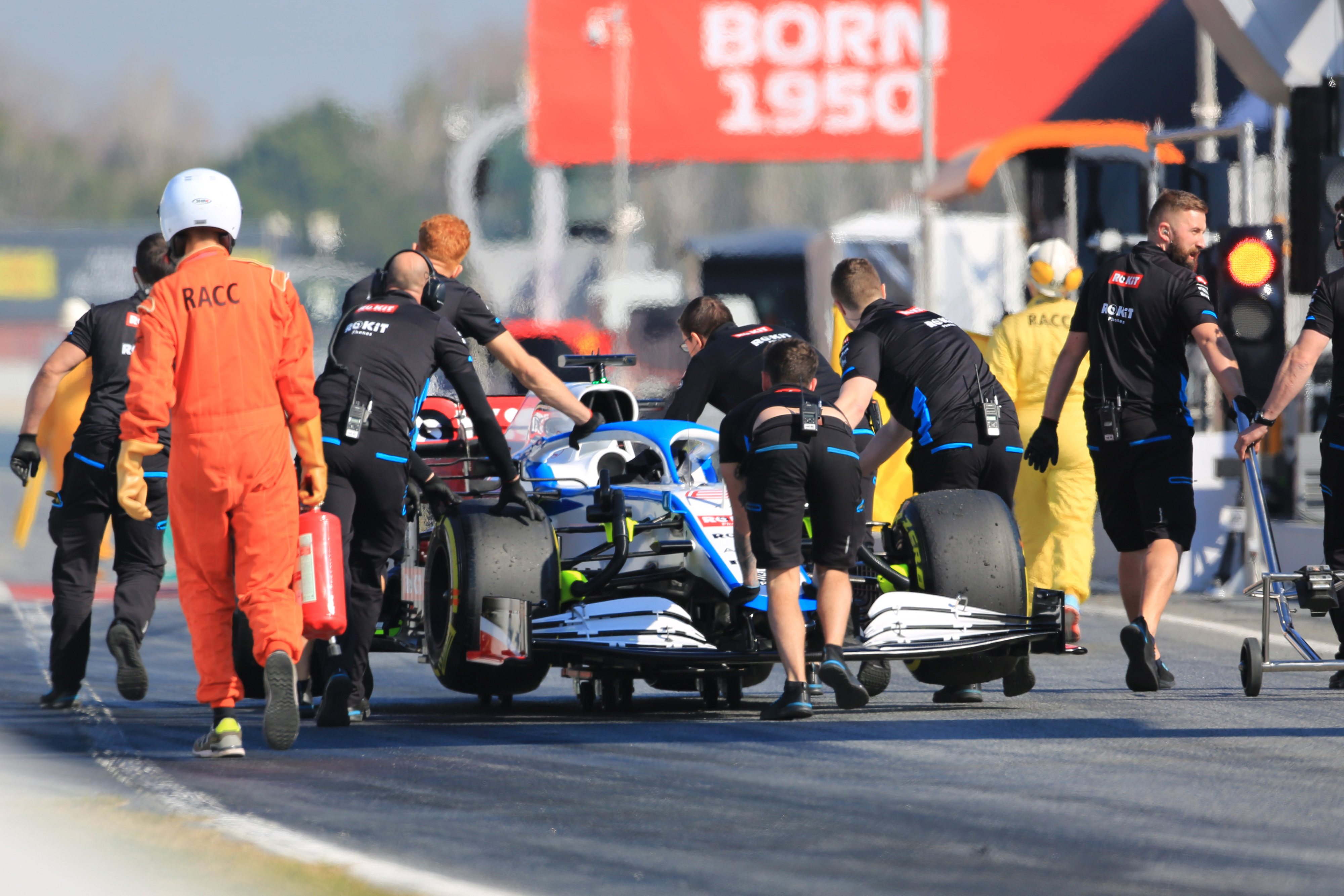 Williams’ Nicholas Latifi lost some valuable track time on the final day of testing due to an errant sensor on his FW43.

Williams have enjoyed a largely trouble free testing period ahead of the 2020 season, but did lose some track time on Friday afternoon.

The Canadian driver was on his then fastest lap of the day when, accelerating on to the main straight, he was told over team radio to pull over and stop the car. He quickly slowed, and stopped his car on the circuit side of the pitwall at the end of the pitlane. Jumping out, the session was red flagged briefly while the car was pulled back into the garage.

Team boss Claire Williams confirmed a minor sensor issue had meant the car needed to have its floor removed, with Head of Vehicle Performance Dave Robson explaining: “Nicholas was back in the car today and we had a full programme planned for him. Unfortunately, during the morning we saw something in the data which gave us concern over the power unit. A subsequent investigation meant we couldn’t get back on track until late in the afternoon.”

“However, the mechanics did a great job of rebuilding the car to get us back out in time to complete some useful new tyre running. We were able to complete the day with a series of pitstops, which was a valuable experience for Nicholas and gave him an appreciation of how quick the stops will be once we get to the serious business of racing in Melbourne.”

Latifi explained that, while the loss of testing time wasn’t ideal, he was able to get a good feel for the Williams over a push lap: “It wasn’t the day I had hoped for in terms of running. I mirrored George’s programme from yesterday in terms of the sequence, with a lot of aero runs in the morning, and then I was able to get a few pushing laps before we saw some potential problems in the PU data. However, the guys did a great job to rebuild the car and get me back out there.”

“We had a busy last hour of the day, testing lots of items and maximising the running time. The lack of track time was unfortunate, but that’s how testing goes sometimes. Hopefully we can make up for the mileage we missed next week.”

Latifi wound up in P15 of sixteen drivers on track on Friday, but completed 72 laps in total over the day.