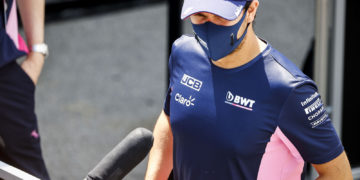 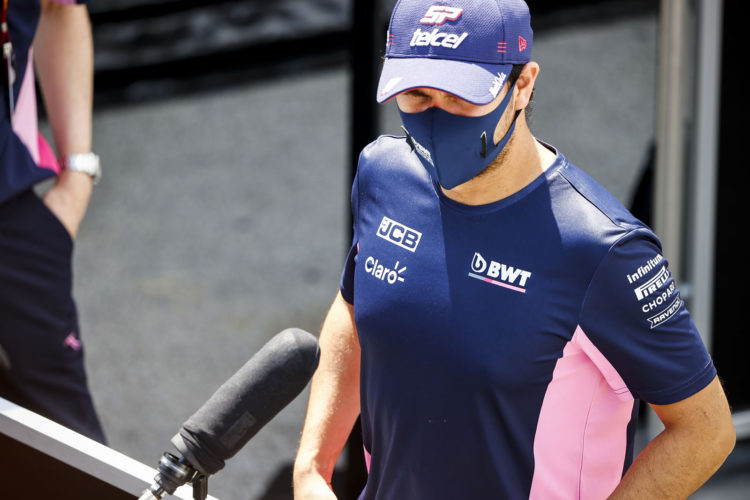 Spanish Grand Prix – Racing Point’s Sergio Perez has been given the all clear to race in Spain this weekend, following his absence due to the coronavirus.

The Mexican driver has missed the last two Grands Prix, the British and 70th Anniversary Grands Prix, at Silverstone. Perez tested positive for COVID-19 on the Thursday ahead of British Grand Prix, forcing him to step aside while Racing Point found a stand-in.

Nico Hulkenberg was flown in from Germany in order to take part in those two races, and acquitted himself admirably with two strong showings. While he wasn’t able to take part in the first race due to a technical issue, he raced his way to P7 in the second race.

Hulkenberg flew to Spain with Racing Point in order to be on standby in case Perez couldn’t take part this weekend, but will now be watching from the sidelines as Sergio takes back his car.

Perez was forced to spend ten days in isolation in Milton Keynes, and concentrated on trying to maintain his fitness levels while being locked away.

“I was extremely lucky not to have any big symptoms other than a little bit of headache and one or two days I felt very tired but at the same time you feel like that when you spend so much of your time on your own,” he said. “I couldn’t leave the room, so I was basically on lockdown for 10 days. That was the only feeling. I was actually training in the apartment where I was. I was trying to keep fit.

“There was a chance I could’ve raced in the second Silverstone race. if I tested negative. Unfortunately that didn’t happen. Now finally I’m free to race again.”