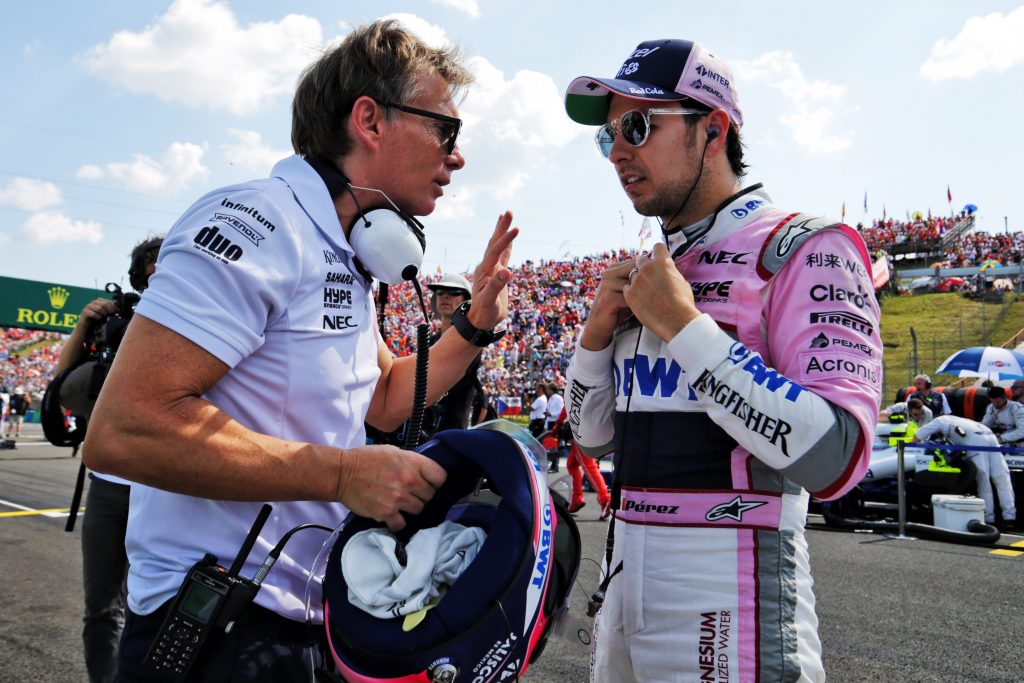 United States Grand Prix – Force India have confirmed that Sergio Perez will be at the wheel of one of their cars in 2019.

The Mexican driver has raced for Force India since 2014 and was the catalyst behind the move into administration during the summer. With his company, Brockstone Ltd., one of the main creditors of the team under Vijay Mallya, Perez took action that led the team to go into administration and was sold by FRP Advisory to new owners Racing Point.

Perez has been rewarded for saving all those jobs by the team signing him for 2019, and he was thrilled to be finally able to confirm what his plans are for next year: “I am very happy to finally announce my future and I’m really motivated for 2019. Force India has been my home since 2014 and has allowed me to grow as a driver and show my skills on track. We have achieved so much success in the last five seasons but I think the best is yet to come. The new investment the team is enjoying fills me with confidence and I am really excited about the future.”

Team boss Otmar Szafnauer welcomed Perez to what will be his sixth consecutive year with the team:

“I’m pleased that Sergio will continue his journey with us in 2019. Over the last five years, Sergio has confirmed his position as one of the most talented and consistent drivers on the Formula One grid. He gives us valuable stability going forward and is a huge asset to the team. As we begin an exciting new chapter in the life of this team, we are delighted that Sergio will race with us going forward.”

His teammate for next season is likely to be Lance Stroll, due to Racing Point being headed by his father, Lawrence. Stroll is without contract for next season. However, another wealthy Canadian businessman’s son, Nicholas Latifi, is also a possibility, and he will take part in three FP1 sessions between now and the end of the season.