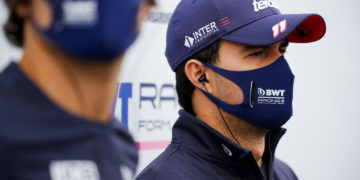 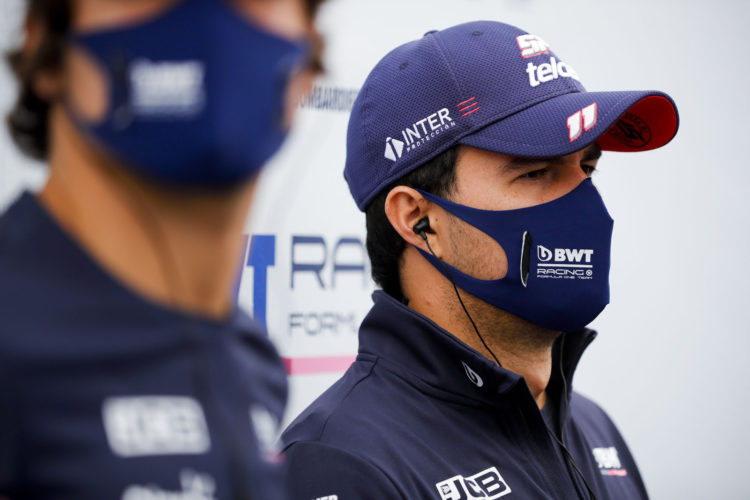 Sergio Perez has been forced into isolation while Formula 1 carries out further coronavirus testing on the Mexican driver. Perez was absent from the Silverstone paddock on Thursday, having had a test carried out that came back as ‘inconclusive’. He has had to submit to another test, which the team are now waiting on the results of.

Team members and all those travelling within the F1 bubble are tested every five days, with two positive confirmed results announced pre-Hungary after over 15,000 tests.

While the result does not mean he is positive for COVID-19, placing the 30-year-old into isolation is a precautionary measure to protect others from any potential harm.

UPDATE: @SChecoPerez is not at the circuit today following an inconclusive test result.

He is self-isolating awaiting the results of a retest.#F1 #BritishGP

Should Perez return a positive test, a reserve driver will be required. Racing Point, as a Mercedes customer, use the same pool of reserves as Mercedes – meaning it’s Stoffel Vandoorne and Esteban Gutierrez on the call-up list. However, with Vandoorne due in Berlin to race for Merc in Formula E, it’s likely to be Esteban Gutierrez standing by.

Racing Point have since confirmed that Perez came into contact with a small group of personnel from the team, all of whom are now isolating as well as they go through testing.

Perez is currently sixth in the drivers’ standings after a consistent start to the 2020 season saw him rack up 22 points across the opening three races in Austria and Hungary.

Last time out in Budapest, Racing Point secured its best result of the year with Lance Stroll and Perez coming home in fourth and seventh respectively.

However, a cloud of doubt hangs over the team as it is under investigation by the FIA following a lodged protest from Renault, who has uncertainty regarding the legality of the RP20 car.