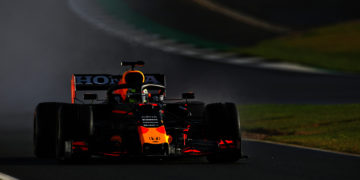 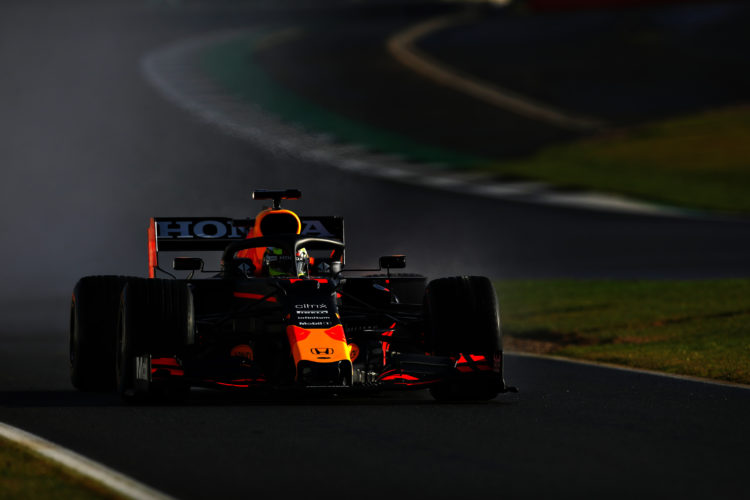 Sergio Perez has had his first go behind the wheel of a Red Bull Formula 1 car, as he drove the team’s 2019 RB15 at Silverstone. Red Bull have kicked off their on-track activities for 2021, by sending Sergio Perez out in their 2019 RB15.

The Mexican driver headed to Silverstone with his new team with the aim of acclimatising to the handling of a Red Bull as they carried out a filming day at the Northamptonshire circuit on Monday, driving on both Monday and Tuesday. Perez’ days at the wheel won’t count towards the team’s two permitted filming days for the year, as they used the 2019 car – teams can carry out private tests as much as they want with cars at least two seasons old.

Red Bull took the opportunity of using the 2019 car for filming purposes, decking out the RB15 with their updated sponsorship livery. This means that only the eagle-eyed will be able to differentiate the car from the current spec.

Perez concentrated on racking up the laps on the first day while the team focused on short runs to optimise seat fitting, pedal adjustment and familiarisation with operational procedures.  Work on day two focused on long runs and race weekend preparation.

“It’s been amazing,” said Checo of his first track time with the team. “To look at my name on the car is something very special. It’s definitely a dream come true. We’ve already done a lot of work in the simulator working on the controls and I’m pleased with the progress we’ve made in terms of feeling more comfortable in the car.”

“Everything about the car is different. It’s still an F1 car in the end but the seating position is different, the steering wheel, the brakes, the buttons, procedures, the engine and the power delivery, the torque, so many things are different. But I can see there is so much potential with this team.”

Red Bull also took the opportunity to announce new sponsors. One of the world’s largest telecommunications companies, America Movil, have signed up with the team on the back of Sergio Perez’ signing. América Móvil is the parent company of A1, Telcel, Infinitum and Claro.

Red Bull stay on at Silverstone for Wednesday. Perez and Max Verstappen will drive the newly presented RB16B for a filming day (which will come out of the team’s two day allocation as it uses the current car). Red Bull reserve Alex Albon will also be in attendance, driving the 2019 RB15.

Oh, how we have missed that sound 🎧🥺 #PoweredbyHonda 🎶 #ChargeOn 🤘 pic.twitter.com/4jl1Ed2NSS