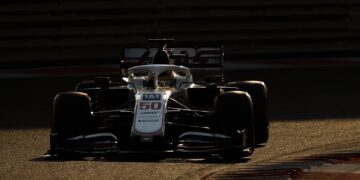 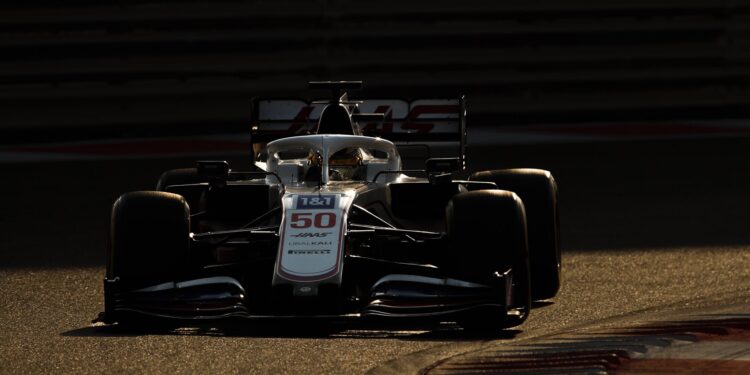 Haas’s Robert Schwartzman has set the pace in the final day of the Young Driver and Pirelli Tyre Test at the Yas Marina Circuit in Abu Dhabi.

The 2021 Formula season finally came to a close on Wednesday as the combined Young Driver and Pirelli Tyre test come to its conclusion.

The US-based squad were the only team to run their young driver test programme on Wednesday, with the rest of the field electing to give their protégés a go on the first day of the test on the Tuesday.

Shwartzman also took part on the Tuesday and put that extra knowledge to good use with the fastest time of a 1:25.348 just as the day came to a close. The Ferrari Academy driver was driving Haas’s 2021 machine, the VF-21, fitted with the older 13 inch wheels – so it came as no surprise that the Russian was top of the timesheets.

McLaren’s Lando Norris was in second place using the Woking-based squads’ mule car with a time just half a second off the benchmark. Sebastian Vettel was third in the Aston Martin, but brought out the red flags in the morning session as the German had a technical issue with his car. Vettel did get back out and completed over 130 laps throughout the course of the day.

George Russell, in his second outing for his new team was in fourth place for Mercedes with AlphaTauri’s Pierre Gasly a fraction of a second behind in fifth place.

Carlos Sainz put his Ferrari into sixth place and completed the most laps of anybody in the second day with 151. Fellow countryman Fernando Alonso was in seventh for Alpine whilst F1 newcomer Guanyu Zhou was in eighth for Alfa Romeo. Sergio Perez was in ninth place, just a tenth behind Zhou, whilst Pietro Fittipaldi was on testing duties for the 18 inch wheels in the Haas mule car.

With the test concluded, the dust can finally settle on the 2021 F1 season with the first pre-season session taking place in February next year.