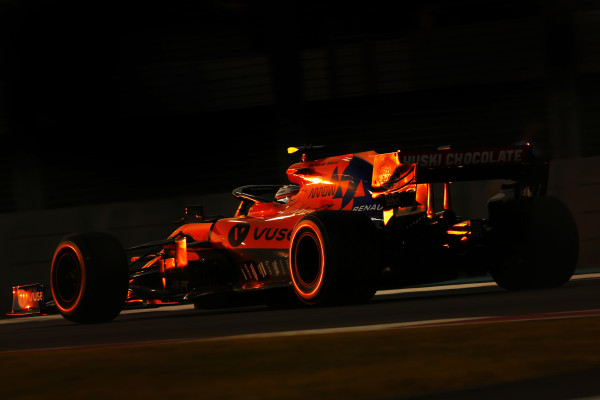 Abu Dhabi Grand Prix – McLaren have announced their existing sponsorship deal with British American Tobacco will be ‘significantly increased’ for 2020.

Having signed up as a sponsor to McLaren for the 2019, the British American Tobacco brand will increase their commitment to the team for 2020. Despite tobacco sponsorship being banned and also banned under EU regulations, both McLaren and Ferrari have a tobacco sponsorship in place – although they both stress no tobacco products are being advertised.

While Ferrari have ‘Mission Winnow’, an ‘initiative’ of the Philip Morris company that owns Marlboro, McLaren signed BAT and advertise the company on their car. This will include branding for BAT’s leading vapour range, VUSE, and its modern oral product, VELO.

The company will enjoy significantly increased branding on the MCL35 next year, with new sidepod branding, halo visibility and on the front wing.

They will also sponsor McLaren’s IndyCar team as they tackle their first full-time season in that series in 2020.

“We’re pleased to announce our enhanced partnership with BAT after a successful first season together.” said McLaren boss Zak Brown of the announcement. “BAT’s transformation agenda remains central to this partnership, as does a shared focus on technology and innovation and we look forward to continuing our work together from 2020 and beyond. As we reach the end of the 2019 season, we thank BAT for its continued support.”

Having lost Petrobras as a sponsor as the Brazilian government sought to cut down on public expenditure, McLaren have signed BAT as well as luggage company TUMI and FXPro. FXPro, the currency forex broker, are an existing sponsor but have extended their deal. FxPro will feature on the MCL35 with prominent FxPro branding across the front wing and cockpit surrounding.