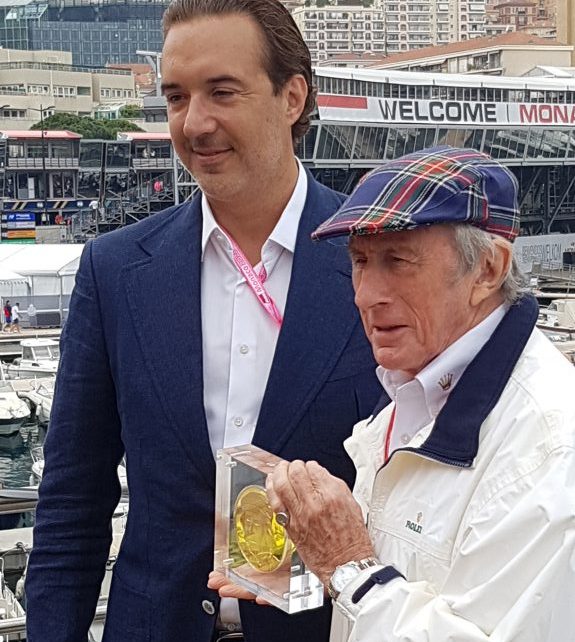 Sir Jackie Stewart gold coin to be auctioned for charity

Sir Jackie Stewart gold coin to be auctioned for charity

Monaco Grand Prix – A one kilogram coin celebrating 50 years since Sir Jackie Stewart’s first Formula One World Championship will be auctioned, with the proceeds going to the Race Against Dementia charity.

The commemorative coin, created by Rosland Capital, will be put to auction during the Monaco Grand Prix weekend, with the proceeds going to the Race Against Dementia charity, which was founded by Sir Jackie Stewart.

The charity was founded after Stewart’s wife, Lady Helen, was diagnosed with dementia in 2016, with the charity focusing on raising money to fund research into the illness.

“The amount of fund-raising that we’re looking to do will be fairly expensive,” said Stewart.

“We’re doing it by picking up some of the best, young PHDs in the world, on a global basis, and putting them into what we believe are the best institutions to fight dementia.

“It is the biggest killer but also the most expensive. It’s more expensive to care for a dementia patient than the combined total of cancer and heart disease. This is not just a British or European problem, it’s the whole world that’s suffering with this.

“What we’re doing here in Monaco, with the Amber Lounge and the very nice items which are going to be up for auction, these people who bid and win will be giving a huge benefit to the world of medicine. We’re still a young charity, it costs about £150,000 per year for each PHD, but you’ve got to sign them up and commit the money for five years. Which means it’s a lot of money.”