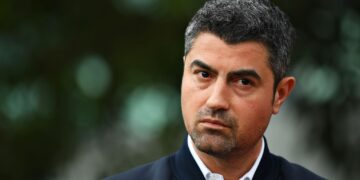 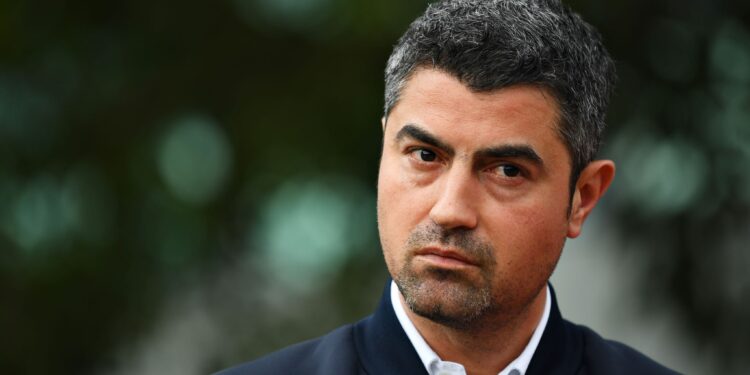 Sky Sports’ Craig Slater has said that Michael Masi’s position as F1 Race Director could be in doubt following his decisions in the 2021 Abu Dhabi Grand Prix, which have caused “headaches” for F1 as the pressure mounts on the Australian.

Masi has come under increased scrutiny over his decisions in the final round of the 2021 season in Abu Dhabi. Mercedes Lewis Hamilton had been dominating the race, but a late Safety Car caused the pack to bunch up. This allowed Championship rival Max Verstappen in the Red Bull to close up behind after being able to make a vital pitstop. Masi then allowed lapped cars only between Hamilton and Verstappen through before green flag racing resumed. With much fresher tyres, Verstappen would go on to pass Hamilton on the final lap and ultimately win the title.

Mercedes chose to protest the decision hours after the race but it was ultimately rejected by the stewards that evening. The team then lodged an intention for further appeal, but withdrew it days later after talks with the FIA. The FIA is currently undertaking an internal investigation of the events at Abu Dhabi with findings due on 3rd February.

There have been reports that Mercedes dropped their appeal on the proviso that Masi and and Nikolas Tombazis, FIA’s technical chief of single-seaters would be removed from their positions. The team have since denied this arrangement taking place.

Slater has said that the under-pressure Masi is a “very kind man”, but reports that other teams have raised concerns over the Australian’s position.

“There’s no question about it, Masi is under pressure,” said Slater via Sky Sports. “I can reveal that teams other than Mercedes briefed against him over the course of the 2021 season and were critical of him. Is it the case now that his position is untenable?”

“Would announcing his departure from the role of race director, perhaps by the FIA at least, signal a fresh start in that sense?

“He’s a good man, a very kind man. I enjoyed dealing with him on a personal basis myself. But is there now too much noise around his position and too much controversy for him to take up that high-profile role as the referee of Formula 1?

“This is a headache for F1. They do not want to be talking about the controversies of Abu Dhabi when they really want to be getting into what they think is a good news story of F1 in 2022. With new cars, hopefully maybe three or four teams involved in the title fight and multiple drivers, but there isn’t much the commercial rights holder can do.”

Hamilton has been quiet over the winter and has failed to make a media appearance or post to social media. Slater confirmed that F1 CEO Stefano Domenicali has contacted Mercedes about the situation and that of Hamilton, but explained that the Briton “needs space”.

“The president Stefano Domenicali has been in touch with Toto Wolff about Lewis Hamilton’s situation, but he respects Lewis [Hamilton] himself needing that bit of space right now. So, [Domenicali] has not got in touch directly with him,” added Slater.