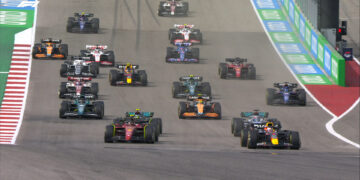 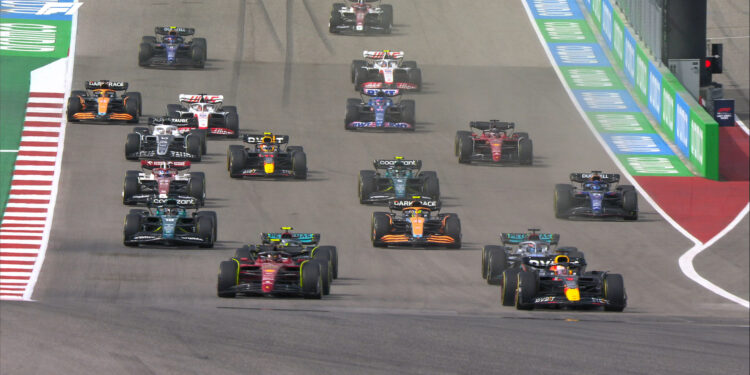 Formula 1 announced today which venues will be hosting the alternative scheduling – qualifying on Friday and Sprint on Saturday – during next year’s season.


For the past two years there have been three Sprint weekends throughout the year to trial the alternative schedule for a race event but 2023 will see that number doubled as F1 management saw the test events as successful.

“We have seen a hugely positive reaction to the F1 Sprint events during the first two years of its running, and we can’t wait to bring even more action to fans with six events next year, including our first US F1 Sprint in Austin,” Stefano Domenicali, F1 President and CEO, said.

“The introduction of the F1 Sprint has created a race weekend that includes three days of competitive racing action and brings more entertainment to fans of the sport as well as additional value for key stakeholders including teams, broadcasters, partners, and host venues.”

The first of the six will be the Baku City Circuit, location of the Azerbaijan Grand Prix which will take place at the end of April. As it did last season, the Austrian Grand Prix will once again have a Sprint around the Red Bull Ring at the start of July.

Later that month, the third of the Sprints will take place with the legendary Spa-Francorchamps as its host. The Belgian Grand Prix will be shifting for 2023 from its usual place after the summer break to being the final race before it.

Like July, there’ll be two Sprints taking place in October but these two will be at consecutive events – the Qatar and United States Grands Prix. The Losail International Circuit made its debut appearance on the F1 schedule back in 2021 and didn’t feature in 2022 as the country was busy with the World Cup, this will be its first Sprint weekend.

The Circuit of the Americas will also be hosting a Sprint for the first time, while the final scheduled Sprint will be held at Interlagos. The Sao Paulo Grand Prix is the only venue on the calendar to have been listed for Sprints each year of the format being held and is also the only repeat location so far.

Formula 1 said that the venues were all carefully chosen “following research into the most suitable tracks for the format, including overtaking opportunities, close racing and high-speed sections – and is designed to ensure competitive on-track action across all three days of the selected Grand Prix weekends.”