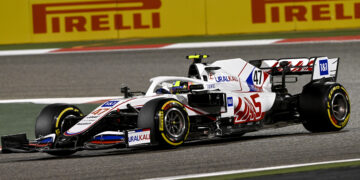 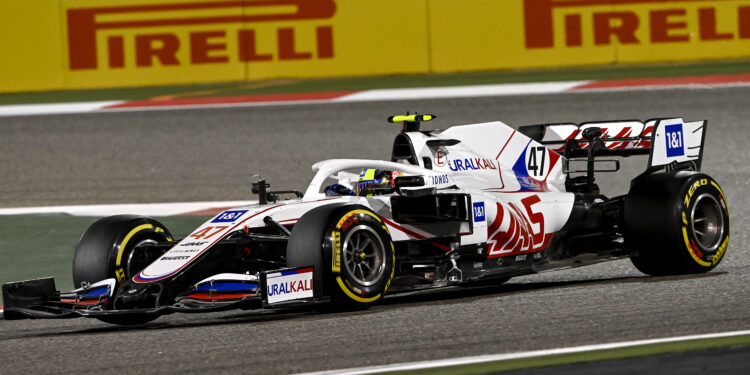 Haas Team Principal Guenther Steiner has said that the team are looking to get their two rookie drivers Mick Schumacher and Nikita Mazepin more experience in fighting other cars.

The American outfit had a low-key race in the season opening round in Bahrain – Schumacher finished last of the finishers in 16th whilst Mazepin retired on lap one spinning on the kerb and crashing his car.

Steiner has confirmed that the team won’t be developing their current car seeing 2021 as a ‘transitional’ year before a raft of new regulation changes in 2022.

The Haas boss believes that it will be a difficult season for them stating that they’re not putting effort into anything else other than fighting Williams.

“I would say if we can take the fight to Williams that’s about it,” said Steiner to Motorsport.com. “You know, and I am very realistic about that. And we are not putting any effort into doing anything more than that.

“I think the biggest amount we can get out of the car [is] to get our drivers prepared or get them prepared better, just get them experience and that is what we want to do so they are ready when we have a better car and that is just how our plan is for this year.”

The VF-21 looked tricky to drive with both drivers struggling for balance around the Sakhir International Circuit – Mazepin’s race preparations were marred by several spins throughout the weekend, whilst Schumacher suffered a spin in the race almost mirroring his teammates.

Steiner believes that the teams’ goal should getting their two drivers as much experience as possible ahead of the new regulations next season.

“I think when you fight they need to learn this fighting,” said Steiner. “I think both of them went on to the throttle too harsh, you know, and they then went on the kerb or something like this.

“And it’s just, you know, these cars are so powerful, and when the torque kicks in, you get a kick and you cannot recoup them anymore. So I think this is down to making the experience. I do not think that they will do that again. They will spin again, but not in the way they did [in Bahrain].

“This was a new experience, in a race, you know, trying to fight with other cars, and sometimes to be a little bit too optimistic.”